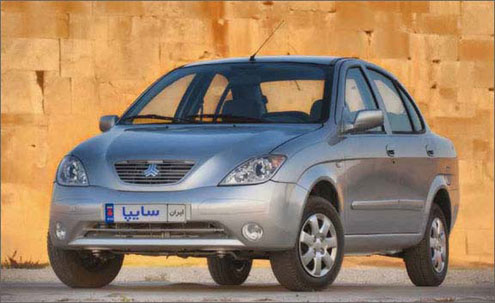 Acknowledging the support of its network of customers for the Saipa brand ofÂ  automobile, PAN Tech, a subsidiary of PAN Nigeria, said it had signed an agreementÂ  with Saipa, an Iranian Automobile Manufacturing Company, for the joint productionÂ  and marketing of budget vehicles forÂ  Nigerians.

The joint venture would invest billions of naira as it plans to set up an auto plantÂ  in Nigeria for the production of Saipa brand of vehicles. Saipaâ€™s Overseas MarketingÂ  Manager, Africa and America, Mr. MajidÂ  Jamali, who disclosed this at the venue ofÂ  the just concluded Lagos Motor Fair, said both companies had signed an MoU, addingÂ  that the first shipment of Saipa vehicles would soon arrive in Nigeria.

According to Jamali, the venture aims at providing affordable and dependableÂ  vehicles for low income earners, students and those who care about their budgets. HeÂ  noted that Iran, with its population of 67 million, has had a booming car market forÂ  the past three years, adding that the programme is in keeping with Saipaâ€™sÂ  international development strategy, which foresees a continuing annual productionÂ  growth every year.

He said Saipa Automobiles had been tested and are already doing very well inÂ  countries like Syria and Ghana among other countries. As part of its expansionÂ  plans, Saipa believes that dominance and leadership of the domestic market is notÂ  enough and requires looking beyond Iranâ€™s borders for growth opportunities.

Jamali said Saipa which was established in 1966 has implemented joint corporationsÂ  with Citroen and Renault of France, and Kia Motors of Korea. The present products ofÂ  Saipa include, Tiba Saba, Nasim, Saipa 141, Saipa 132, Xantia, and Rio passengerÂ  cars. The Saipa marketing chief said all the vehicles in the Saipa range are fuelÂ  efficient, adding they were built and designed with the utmost safety of the usersÂ  in mind.