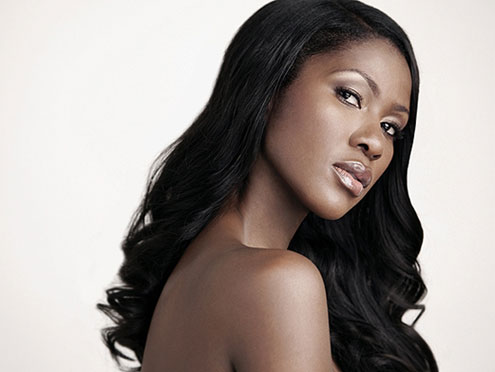 Though no date has been announced for the wedding yet, the actress is set to silence her critics asÂ  plans are in top gear for the wedding, which is very likely to hold soon.

Contrary to some reports that the wedding plans have hit a brickwall due to the fact that theÂ  groom-to-be parents didnâ€™t want their son to marry Stephanie, the actress said there is no iota ofÂ  truth in the reports.

Speaking with P.M.NEWS on phone yesterday, Stephanie, who has just featured in a Hollywood flickÂ  titled Through The Glass, declined to give details of the wedding plans now, but confirmed she hasÂ  no problem whatsoever with her fiancÃ©eâ€™s parents as it was being rumoured.

â€œMy brother, I have decided not to talk about this issue for now, but trust me; you will be amongÂ  the first people to know when Iâ€™m ready to make the plans public. Everything is in order and IÂ  donâ€™t have problem with anybody,â€ said Stephanie.

In August 2004, Stephanie got married to former Super Eagles player, Chikelue, but the union wasÂ  officially dissolved in January 2007 on mutual grounds.

Born in Imo State in 1982, Stephanie Onyekachi Okereke is the sixth child of eight children. AÂ  model and film director, she emerged the first runner-up in the Most Beautiful Girl in NigeriaÂ  [MBGN], beauty pageant in 2002, and ever since, her career has been on a steady rise.

What almost wrecked her flourishing career happened in April 2005 when she had a close shave withÂ  death. She was involved in an auto crash. She was actually on her way to Yenagoa, Bayelsa State forÂ  the Africa Movie Academy Awards [AMAA] when she had the accident.

She had been nominated in the Best Actress Category.

Stephanie does not like talking about her crashed marriage with the ex-Super Eagles footballer, butÂ  she acknowledged that he was a shoulder for her to lean on during the time of the accident. She wasÂ  flown abroad for proper medical attention, and it took her almost a year to bounce back in front ofÂ  the cameras.

â€œYes, he stood by me when I had an accident but it was his responsibility to take care of somebodyÂ  he claimed he loved and was his woman. It is not as if I donâ€™t appreciate the fact that he stood byÂ  me, but he was supposed to be there. If he werenâ€™t there, people would start talking,â€ she said.