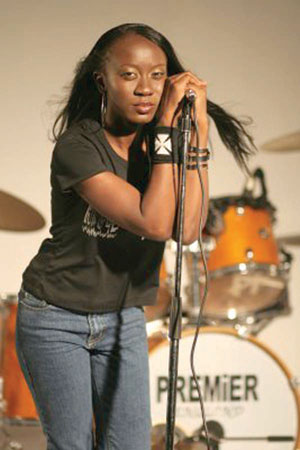 One Mic Naija, the music and comedy showcase that gives a platform to emerging acts alongside established acts is back. On 26 June, Browns Cafe, GRA, Ikeja will be agog as the June edition of the growing show will hold. And this time, talented singer Nikki Laoye will be headlining the gig.

According to a message from s.h.a.r.e Entertainment, One Mic Naija June edition will be headlined by Nikki Laoye, a vibrant and energetic performer with hits like Taka Sufe and Never Felt This Way Before.

Nikki who has been nominated for various awards and performed at big shows, will be joined by Yemi Alade, whose single, Fimisile featuring eLDee is a fan favourite. Other acts billed to perform at the gig are Slim T, Efa, Suzie, Five Mics and Leâ€™mmon.

Show hosts Kel Ohia and Kunle KB Bello (both rappers) will be joined by Koffi, a seasoned comedian who will be the guest comic act.

One Mic is a WePlugGoodMusic initiative, and powered by s.h.a.r.e, M.et.al and Ground Zero management. The April edition of the bi-monthly show featured Pope, 19th Street, Clay and more, and was attended by a largeÂ  crowd including Samklef, Skales, Wizkid, Korebrown, Jennifer JLuv, Mr Fab and more.