24 Hours To 'The Headies': D'banj, 2Face, Whizkid, Others Battle For Honours 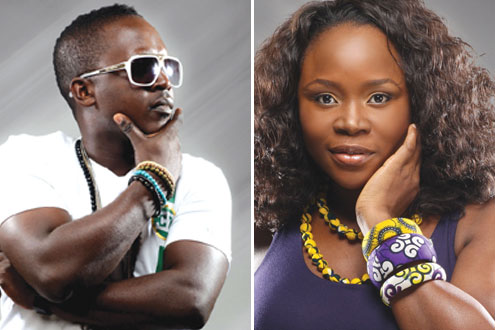 Twenty-four hours to The Headies holding at The New Ekpo hall Eko Hotel and Suite, a 150-man content and technical crew has arrived Lagos since Tuesday to ensure there are no hitches in terms of sound and content. And the nominees, presenters and performers have already stormed the magnificient stage of the New Expo Hall to continue rehearsals for the D-Day.

â€œThis is the ultimate reward. Our artistes work very hard, the industry is in bad shape and some of our artistes are their own managers and their own PA, their own errand boys and even their own promoters. They do so much to achieve the title they are able to. I think it is our responsibility to encourage them and make sure that when we say this is an award, the value can really reflect on their career. That is I why our plaque is made of pure gold and we are giving â€˜Next Rated Actâ€™ a brand new car,â€ says Ayo Animashaun, CEO of HHWA.

Fifty-eight artistes will battle to win a desirable â€œHeadyâ€ (made up of 21 carat gold) in one of twenty categories including Next rated category, Album of the year, Artiste of the year, Song of the year, Recording of the year ,Producer of the year, Best music video, Best RNB single, Best Pop single and Best RNB/Pop album.

The awards celebrate contemporary genres and personalities loved by the youths and young adults all over the country including Rap, R&B, pop and other genres.

The hosts for this yearâ€™s Awards are music star eLDee and star actress Rita Dominic.