Man Gunned Down By Drunken Cops 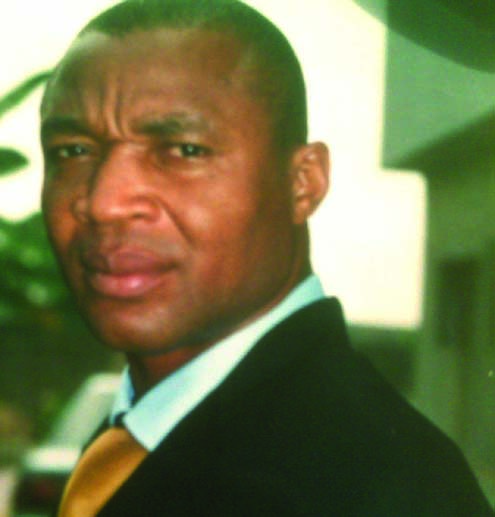 A 46-year old man, Eze Okoro, has been shot dead by drunken policemen in front of his house  at 1, Oguntolu Street, Ijaiye, Ojokoro area, Lagos State, southwest Nigeria. But the police have denied taking part in his murder.

The policemen, according to sources, had been drinking for about six hours at a hotel nearby before they gunned down the man while he was enjoying evening breeze in front of his house after work .

After shattering his waist with bullets, the policemen who were said to have come from the Special Anti-Robbery Squad, SARS, Ikeja, forcefully took his corpse away and dumped it in a mortuary at Yaba.

P.M.NEWS gathered that they did this after the Ikeja mortuary officials  insisted that before his body could be deposited there, they must fill certain forms, which they refused.

The circumstances surrounding the shooting of Okoro were still strange to the residents who told P.M.NEWS that there was no violence or robbery in the area that warranted such police action.

According to Okoro’s wife, Mrs Ugo Okoro, her husband, who is a businessman, returned from work on the fateful day, and because there was no electricity supply, they went and relaxed in front of their house to enjoy some breeze before going to sleep.

She said their family friend, Chinedu Nwanu and his wife, Nneka Nwanu, who is heavily pregnant, also joined them outside.

Ugo said it was not up to five minutes after she left them and went into their apartment that she heard gun shots and the residents started running in all directions.

She said while the commotion was going on, she heard her husband, who was wearing a pair of shorts and simple shirt, shouting that he was not a robber and was explaining to the policemen that he was just relaxing in front of his house.

“Nneka also fell down and started shouting that she was pregnant and showing the police her husband who was beside her. She was allowed to leave with her husband and one of the policemen shot my husband in the waist and he died on the spot,” Ugo narrated.

P.M.NEWS gathered that after they shot Okoro, they forcefully took his body away, perhaps to cover up their heinous act.

Sources  told P.M.NEWS that the team of policemen had arrived a popular hotel in the area beside Okoro’s house in a Sienna bus with registration number KJA 280 BD and were drinking heavily in the hotel from 4p.m. till 10 p.m. before the incident happened.

Police sources claimed that the man was shot in error during a gun batttle with armed robbers in the hotel, a claim disproved by Okoro’s wife and relatives.

Even the hotel management told P.M.NEWS that there was no shootout between the police and robbers as claimed by the police and that they did not know their mission in the area that day.

The hotel sources, who pleaded for anonymity, said they only noticed the unusual presence of  policemen which caused panic in their hotel.

One of the sources said that the policemne did not disclose their mission. Rather they were there having their drinks for several hours.

The source said it was later that they heard gun shots outside and residents including workers of the hotel started running for safety and that after some time, he got to know that they had shot and killed Okoro.

He insisted that there was no robbery incident in the area that day.

Okoro’s younger brother, Innocent, said he was informed about what happened and he immediately contacted other members of the family and they started searching from one police station to another for his corpse.

He said they went to many police stations and commands and to their greatest suprise, they all denied having anything to do with the incident.

Innocent said the search lasted for three days and there was no information whatsoever before they contacted a top police officer who made the police to open up.

He said the police then asked him to go to Yaba mortuary and search for Okoro’s corpse. And when he got there he discovered that the corpse was dumped there as an unidentified corpse.

He said the corpse was brought back to Ikeja General Hospital mortuary where he filled the necessary documents.

Innocent expressed shock about what happened and the way the police treated the whole matter by not even contacting the family because they knew he was an innocent resident they killed for no reason.

He also told P.M.NEWS that “the police admitted that Okoro was killed in error and asked us to come forward with the elders of the family.”

The late Okoro hailed from Imo State. He had a son called Divine.

Meanwhile the Officer In Charge of the Special Anti-Robbery Squad, Superintendent of Police, Abba Kyari, has claimed that it was armed robbers that shot  Okoro while they were trying to escape during an exchange of gunfire with the police.

Kyari said: “ On 8 March, at about 1p.m., I received an information that a gang of armed robbers who had planned to rob a bank on Isolo road ,Ajao Estate were approaching Lagos from Ogun State through Sango-Ota axis.

“Immediately I received this information, I alerted a team of crack detectives. We quickly moved and laid ambush at Abule-Egba Junction along Lagos /Abeokuta Expressway where the armed robbers were intercepted. After a gun battle with the robbers, seven of them were injured while two of them, identified as Olubode  Mudashiru, 27, and Gbenga Joseph, 48, were arrested with bullet wounds.”

He explained that after the arrest, they  received further information  that one of the operational vehicles of the robbers, a golden colour Toyota Camry  carrying three AK-47 rifles and two rocket launchers had driven through Abule-Egba junction towards Ajao Estate/Mushin area of Lagos.

“I quickly deployed my men to that area where we were informed that the robbers had lodged at a popular hotel in Meiran area of Lagos, where they normally smoke Indian hemp and drink before embarking on operation. I quickly  mobilised SARS operatives to the location.

“On sighting the patrol team, the robbers opened fire at  us and we responded. During the gun battle, one of the robbers, Tunji Bamidele, 28, was arrested with one AK-47 rifle and a bag. Other gang members escaped along with two AK-47 rifles in their possession.

“ But one man, identified as Okoro, was shot dead by the robbers as they were trying to escape. We were on operation.We don’t know who is who. It was one of the suspected robbers, Bamidele, who told us that the person that was killed was not one of  them.

“We quickly transferred the victim to a morgue, where I took charge of the mortuary bill. We were not the one that shot Okoro,” Kyari said.