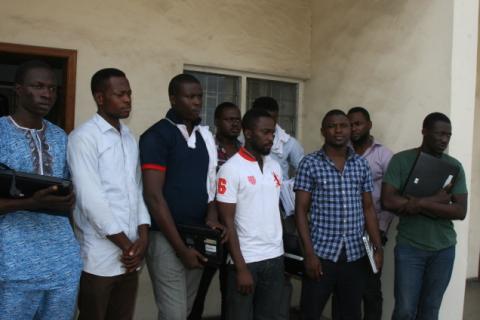 Five undergraduates and four other Nigerians were on Monday, June 3, 2013 arrested by Operatives of the Economic and Financial Crimes Commission, EFCC, over internet-related fraud.

The undergraduates, who are undergoing different courses in different institutions of higher learning, were rounded up in Ibadan, Oyo State in a sting operation.

The suspects who regularly milk their unsuspecting victims via the internet were arrested in different locations at Oluyole Estate extension, Ibadan, Oyo State.