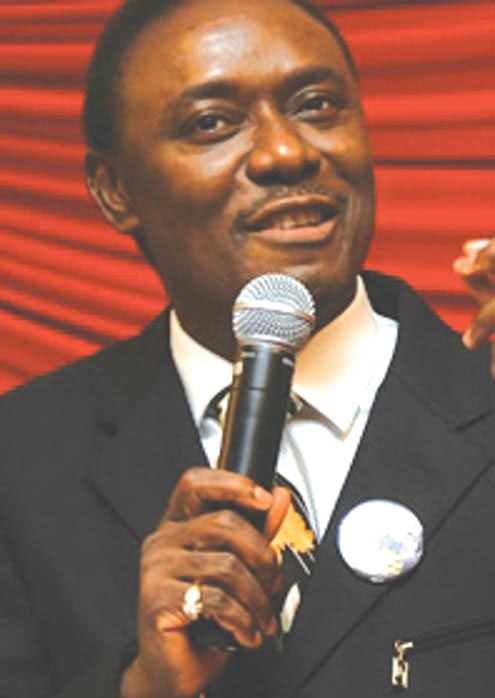 All Catholics in the world will go to hell because they worship Satan and are led by an Anti-Christ Pope who is a friend to the devil, Nigeria’s controversial preacher and former presidential candidate, Chris Okotie, told his congregation on Sunday, leaving members bewildered.

Fifty-five year old Okotie, while preaching in his Household of God Church in Ikeja area of Lagos, western Nigeria, said the Catholic church is “a counterfeit church set up by Satan” and that Catholics “bow to idols and crucify Jesus every Sunday when they eat bread claiming they are eating Jesus’ body.”

“They are not Christians and have never been,” Okotie told a stunned congregation.

“They don’t know Jesus. They believe that when they eat bread on Sundays, they are eating the body of Jesus. It’s ritual,” Okotie said.

He said Pope Francis is an Anti-Christ who does the job of the devil and that time is fast approaching when the Catholic church will pledge allegiance to Satan.

“The pope is an Anti-Christ and the Catholic church will soon declare for Satan. This is the end of times,” Okotie erupted.

He advised members of his church to come to the rescue of Catholics and evangelise them.

This, he said, was not out of disrespect but out of respect for the word of God.

He said those who know the truth should bring it to those who do not know it in the Catholic Church.

Okotie said one of the Catholic most revered Popes, Pope John Paul 11, surrendered the Catholic Church to Mary, the earthly mother of Jesus Christ, instead of Jesus himself. He said even the current Pope Francis has also done same.

He said Catholics are not Christians and do not worship the same Christ that he preaches in his church, at least the one spoken about in the Bible.

Okotie said he did not write the Bible but it was clear to him that those in the Catholic church were lost and were heading to hell fire.

“They don’t believe in heaven. They believe in purgatory, the purgatory that they invented,” Okotie said.

“That church, the Catholic church has been there for Satan and at the right time, they will declare for Satan,”Okotie said.

Okotie who has been married twice and divorced also twice said a beauty pageant will take place in his church next Sunday to select the most beautiful woman in his church.

He also said his yearly “Grace programme” where he makes donations to charity organisations will also take place next Sunday.

The once rock star turned celebrity preacher and politician has been controversial for years.

He once said it was the devil who told him for the first time that he was going to be a preacher.

He also said Nigeria’s famous preacher Prophet T.B. Joshua is the son of the devil and his followers will go straight to hell.

In recent years, he has been saying that God has anointed him to be Nigeria’s president. That prophecy has not come to pass in two presidential elections that he participated in.