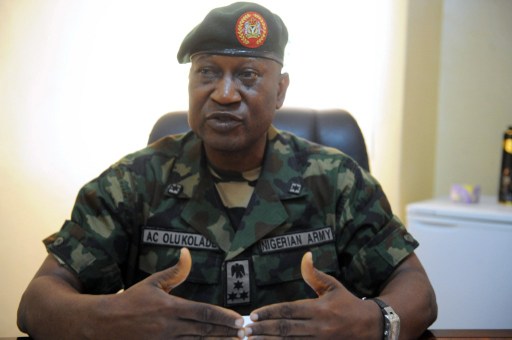 A 32-year-old dismissed police corporal, Mr Nelson Bassey, has been arrested and charged to court for allegedly shooting a driver, Andrew Okoh and a passenger, Isaac Adesina, for failing to give him bribe.

He claimed that the victims were armed robbers, whereas they were innocent driver and his passenger.

He claimed that they were armed robbers trying to escape in a commuter bus with registration number XU 195 AKD.

Bassey was serving at Gowon Estate Police Division when the incident happened.

The shooting  led to protest by residents of the area who insisted that the victims were not robbers and were well known in Idimu area where the incident happened.

The Lagos State Commissioner of Police, Mr Umar Manko ordered an investigation of the incident after which the victims were found innocent.

Bassey was immediately  dismissed from the Nigeria Police for unjustly shooting the victims.

He was consequently arrested and charged before the court with assault and inflicting injury on the victims under the Criminal Code.

During the trial, Okoh told the court that Bassy shot their legs with an AK47 rifle after they explained to the police patrol team that demanded for a bribe that they had no money to bribe them.

Okoh informed the court that he was the driver of the bus and Adesina was among the passengers in the bus when Bassey shot them.

He narrated that they were not robbers but were in a traffic jam which made them get to their Idimu home late.

He said that on their way home, a team of Rapid Response Squad, RSS, policemen stopped them and demanded for a bribe.

Okoh explained that after politely telling them that they had no money on them,“the next thing we saw was Corporal Bassey pointing his AK 47 rifle at us and opening fire on our legs, claiming that we were suspected robbers and that we were trying to escape.”

While testifying in the court, Adesina told the court that he boarded the bus as a passenger and was going home late because of traffic jam.

He said that he was in front and sat beside the driver when the incident happened.

He recalled that when Bassey accosted the driver, he just shot them in the leg.

Adesina said since the incident happened, they have been in the hospital and cannot walk properly again.

The matter was adjourned till 3 February, 2014 for continuation of trial.