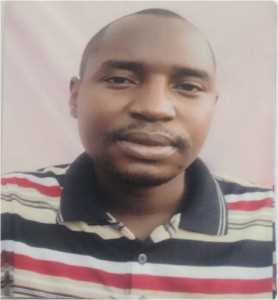 Rufai Tsiga: arrested for his role in Nyanya bomb blast

The State Security Service (SSS) also known as Department of State Services (DSS) on Monday paraded five suspects arrested in relation to the 14 April bombing of El-Rufai Motor Park, Nyanya, which resulted in the death of 74 people, leaving scores of others injured.

Another bomb blast occurred on 1 May, 2014, which killed an additional 19 people.

The secret police said after a thorough investigation of the bombing incident, it has arrested some suspected masterminds of the attacks. The five arrested suspects were paraded before journalists in Abuja on Monday.

The SSS also explained the roles played by each of the arrested suspects, including the chief suspect who is now at large in the incident.

Here are the particulars of suspects and the roles the SSS alleged they played in the planning and execution of the deadly bomb blasts:

1. AHMED was arrested on 22nd April, 2014 at Gwantu, Sanga LGA of Kaduna State by a Joint security team.

He is a forty-three (43) year old indigene of Yarimawa, Kazaure LGA, Jigawa State.

He has admitted that shortly after the bomb blast of April 14, 2014, one Rufai Abubakar TSIGA (a.k.a. Dr. TSIGA), now at large, confirmed to him that he (TSIGA) and other members of the Boko Haram sect carried out the attack at Nyanya Motor Park to retaliate the killing of a sect member at the same Park eight (8) days earlier.

That it was later discovered that the phone of one Muhammadu Sani ISHAQ was used in sending him the credit.

According to Ahmad Rufai ABUBAKAR (a.k.a Maiturare), Rufai Abubakar TSIGA also told him that Boko Haram National Leader, had directed that all members of the sect should relocate with their families to ‘Gaaba” (Boko Haram forest Camp) in preparation for mass attacks against the Nigerian State.

SANI was arrested on 24th April, 2014 at Utako Village behind Julius Berger Yard, Utako, following the disclosure made by Ahmad Rufai ABUBAKAR (a.k.a Maiturare). He is a thirty (30) year old indigene of Balari village, Ajingi LGA of Kano State.

SANI was a sales boy in Rufai Abubakar TSIGA’s patent medicine store at Utako called “Kishi Clinic”, a structure which also served as a base for Boko Haram’s covert activities in the FCT.

He revealed that two (2) days before the Nyanya blast, Rufai Abubakar TSIGA (a.k.a Dr. Rufai TSIGA), his boss, informed him around 4.00pm after prayers that there was a plan to bomb a facility in Abuja but stated that he was never informed of the exact location.

He further revealed that Rufai TSIGA later informed him that the bombs to be used for the blast were being coupled at the residence of one Adamu YUSUF.

According to SANI, a day before the Nyanya bombing, precisely 13th April, 2014, he and TSIGA drove the car laden with explosives and parked it behind four (4) buses inside the Nyanya Bus Park overnight, after which they left the area.

He revealed that before 7.00am the following morning, Rufai TSIGA went and detonated the explosives.

According to him, two (2) cars were wired for attack. He claimed one was used for the April 14, 2014 incident, which was a retaliatory attack on the motor park by the Boko Haram sect whose member was mobbed and killed a week before the bombing incident when he was intercepted with firearms at the Nyanya Motor Park. (However, this story of killing of a Boko Haram member at the Nyanya Motor Park a week earlier would appear untrue but was fabricated by TSIGA to elicit the interest of SANI and other sect members used for the attack).

Before his arrest, SAIDU was an apprentice under Rufai TSIGA at his medicine store in Utako village market.

He also disclosed that on 13th April, 2014 about 1100 hours, a day before the Nyanya bombing, Rufai Abubakar TSIGA and Muhammadu Sani ISHAQ drove out from Utako village market in a “black-coloured Honda Accord” car and returned about 1500 hours. Later the same day, they went out again in the same car and did not return until the following day, 14th April, 2014 about 1100 hours, after the Nyanya bombing incident had occurred.
He alleged that when TSIGA learnt of Muhammadu Sani ISHAQ’s arrest, he fled Utako to an unknown location and left his business in his care.
TSIGA equally sent a message to his wife, Hauwa’u on GSM. No: 07067434122 directing her to pack her belongings and flee the area.

ADAMU was arrested in Bauchi on 5th May, 2014. He is forty-three (43) years old He has confessed that he is a member of the Boko Haram.

Adamu was a cleric at Finance Quarters Mosque, Wuye, Abuja.

Muhammadu Sani ISHAQ disclosed that Rufai Abubakar TSIGA confirmed to him that the bombs used for the Nyanya incident were coupled in a bush near the residence of
Adamu YUSUF.

ANAS came to Abuja in 2011 and hawked yoghurt for about one (1) month before going back to Tsiga. He returned to Abuja again in 2012 and worked as a sales boy in a Pharmacy located at Ruga near Wuye Market.

In 2013, Rufai Abubakar TSIGA invited ANAS to join his “clinic” at Utako village, where he worked for about five (5) months.
Although ANAS denied being involved in the April 14, 2014 incident, he identified Mohammadu Sani ISHAQ, and Rufai

Abubakar TSIGA as members of the sect especially as the latter had confided in him his membership of the Boko Haram sect.

The DSS said from the investigation conducted thus far, the following findings have been established:

Rufai Abubakar TSIGA, a Boko Haram leader, is the mastermind of the bombing incident of 14th April, 2014 at El-Rufai Motor Park, Nyanya, Abuja.

TSIGA is currently at large.
Rufai Abubakar TSIGA was actively aided by a co-mastermind, Aminu Sadiq OGWUCHE, a student of Arabic Language at the International University of Africa, Sudan. He is from Orokam, Ogbadibo LGA of Benue State.

Aminu is currently at large.
In the night of 13th April, 2014, Rufai Abubakar TSIGA and Muhammadu Sani ISHAQ moved the vehicle laden with explosives to the Nyanya Motor Park.

Muhammadu SANI ISHAQ who took part with Rufai Abubakar TSIGA in positioning the explosives laden vehicle that exploded at Nyanya Motor Park, killing scores of Nigerians, is in the custody of this Service. Altogether, five persons who are privy to the bombing incident have been taken into custody and they are:

Rufai Abubakar TSIGA (a.k.a. Dr. TSIGA) and Aminu Sadiq OGWUCHE are currently at large, and are hereby declared WANTED.

The sum oftwenty-five million Naira (N25m) is hereby announced as reward for anybody with useful information on their whereabout.

The DSS also revealed that UK-born Aminu Sadiq OGWUCHE with Service Number SVC 95/104, deserted the Nigerian Army in 2006. He served in the Intelligence Unit of the Nigerian Army at Child Avenue, Arakan Barracks, Lagos between 2001 and 2006, and was posted to the Nigerian Defence Academy (NDA) in 2006.

According to the intelligence agency, OGWUCHE was arrested on the 12th November, 2011 at Nnamdi Azikiwe International Airport (NAIA), Abuja, on his arrival from the United Kingdom, for suspected involvement in terrorism-related activities but was released on bail on 15th October, 2012 to his father, Col. Agene OGWUCHE (Rtd), following intense pressure from human rights activists who alleged human rights violation.

“Nigerian security forces shall not rest on their oars until every individual or group of persons involved in the Nyanya bombings are brought to book.

“However our findings raise critical issues that demand the collective sensitivity and support of the general public if we must win the war on terror.

“Terrorist elements are disguising daily by taking up various businesses and menial jobs in Abuja and its environs. Therefore, security awareness of the public and prompt response to information sharing will continue to play pivotal roles in the war on terror.

“We hereby enjoin fellow Nigerians to be very vigilant and collaborate with law enforcement agencies as we together strive to protect our nation from the antics of criminals within and outside our shores.

“Accordingly, we urge Nigerians to be patient, to trust and support the nation’s security forces, as all seeming security mysteries in our country will be resolved,” Marilyn Ogar, Deputy Director, Public Relations, DSS said.