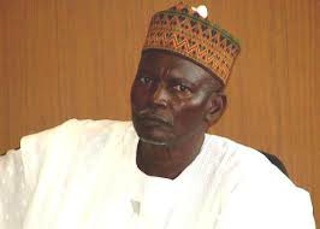 The Coalition Against Corrupt Leaders, CACOL, on Monday accused the Chairman of the National Drug Law Enforcement Agency, NDLEA, Ahmadu Giade, of fraternising with drug barons in Nigeria saying this is a major reason the anti-drug war of the country had not yielded any positive fruit.

The organisation said it was forced to cry out following several petitions it had received on the activities of Giade and the ineptitude of the agency to perform its duties.

At a press conference in commemoration of this year’s Anti-Drug Day, CACOL founder Comrade Debo Adeniran said there are monumental cover-ups at the NDLEA and that these were masterminded by Giade.

“At the moment, not less than 12 petitions have been forwarded to the presidency, National Security Adviser, Secretary to the Government of the Federation, Attorney-General and Minister of Justice, stakeholders and the Economic and Financial Crimes Commission against the ineptitude and unbridled corruption by the NDLEA boss.

“It is on record that within one year, between 2005 and 2006, when Alhaji Giade assumed the reins of power at the agency, a whopping 197 drug convicts are known to have been helped to evade the four walls of the prison, even after jail sentences were duly passed on them by various courts of competent jurisdiction.

He quoted a magazine report of 22 April, 2013, which said 101 convicts in 2005 and 96 convicts in 2006 were illegally freed by “a criminal syndicate of NDLEA prosecutors, defence counsel, and prison officials, thus making a complete mockery of our country’s justice system.”

He also quoted the report of Justice Gilbert Obayan National Committee for the reform of NDLEA submitted in February 2007, which reported a pervasive jail reacketeering and jail evasion very common in the NDLEA in collusion with prison officials.

“All the super rich drug barons have to do is to part with some millions of naira, which gives them no hassle to part with, going by the humongous gains they make from the illicit trade in the long run,” he said, noting that since Giade became the chairman of the agency, the NDLEA had not secured more than a three years conviction for suspects against sections 11, 14, 19, 20 and 21 of the NDLEA Act which prescribes a minimum of 15 to 25 years imprisonment for such convicts.

Adeniran, who said he had a petition from Mr. Paul Audu, the Chief Superintendent of narcotics of NDLEA, Taraba/Adamawa States Command to that effect, recalled that the Obayan report made sound recommendations, including the compulsory disengagement of the Director of Prosecution and Legal Services, Mr. Femi Oloruntoba for heading a Directorate that connived with defence counsel to soften the ground for drug convicts to walk away with lighter sentences, but which Giade says has been overrun by events.

In the petition shown to reporters, Audu accused Giade of running the agency as a family business.

Audu revealed that “Giade’s romance with drug barons started in 2005 during the arrest of Akindele Ikumoluyi, popularly known as Ile Eru 1, who had been an internationally wanted drug baron.”

Audu, who was instrumental to the arrest and prosecution of the suspect, was posted to the north as his punishment and he had since remained stagnant, not promoted or transferred in line with the NDLEA Act.

Adeniran lamented that since then, the Giade-led administration of the NDLEA has never arrested any drug baron apart from the few couriers it has arrested so far.

He urged the presidency and the EFCC to immediately begin the prosecution of Giade and his loyalists, saying that if this was not done, CACOL would be forced to begin series of protests to force the government to action.

When contacted, Mitchell Ofoyeju, the NDLEA head of Public Relations, said the petition lacks merit and that it was engineered by people who are angry with the successes recorded by the NDLEA under Giade.

According to him, the NDLEA seizes over N30 billion worth of drugs yearly and some people are not happy with this action of the agency.

Ofoyeju said the petition first surfaced four months ago, but that because it failed to see the light of day, those angry with the agency and Giade decided to increase their efforts, but Giade would not be distracted by the antics of these enemies.