TB Joshua did not have approval for collapsed building, says SCOAN Consultant 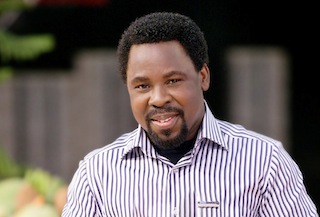 A town planner who worked for influential Nigeria preacher TB Joshua told an inquest Thursday that the building which collapsed at Joshua’s church, killing 116 people, did not have planning approval.

Bisi Adedire, who served as a consultant for Joshua, said that lack of approval did not mean the building was unsound but told the coroner that he warned church officials they were ignoring regulations.

“I told the church they have contravened the law in a way by building without approval but they said they could regularise it,” he told the inquest into the causes of the deadly accident.

Joshua, a self-proclaimed prophet, has claimed the collapse in September may have been sabotage and has on three occasions ignored summonses to testify.

His followers include influential politicians and business people in Africa and around the world and his loyalists have suggested the collapse is part of a conspiracy to undermine him.

Adedire stressed that having planning approval does not guarantee the quality of a building and argued the church’s failure to follow protocol was an administrative issue which likely had nothing to do with the collapse.

Lagos officials have said others buildings at Joshua’s Synagogue Church of All Nations compound were shoddily built.

Rafiq Arogunjo, of the Nigerian Airspace Management Agency (NAMA), again dismissed a theory advanced by Joshua and his supporters about aerial sabotage.

Church loyalists have claimed that a Nigerian Air Force C-130 aircraft, which had been flying nearby, was responsible for the collapse.

“The aircraft was no longer in flight when the building collapsed,” Arogunjo said.

“I don’t see any nexus between the aircraft and the collapse. I think the investigators should look into the structural integrity of the building.”