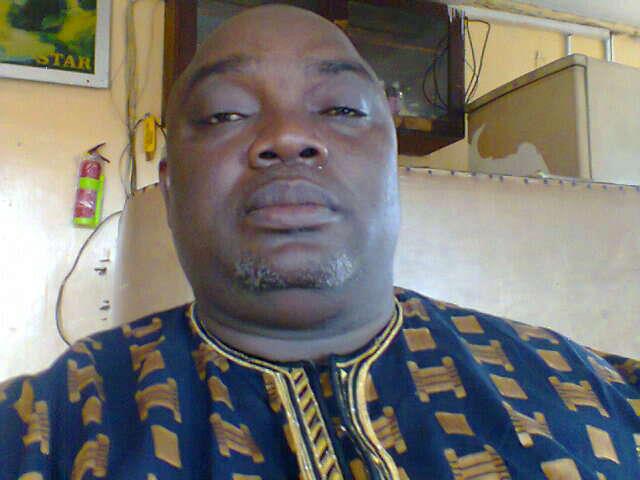 A Nigerian spare parts trader based in Benin City, Festus Aimufua, has been detained by Edo state police command for allegedly murdering his middle-aged Austrian-based lover, Rose Aifuwa‎, who returned home for the Christmas and New Year holiday.

The late Rose allegedly met her death on Christmas eve in the hands of the suspect when she went to demand for the redemption of debt running into millions of naira from the sale of goods she imported for him.

The suspect who resided at Upper Mission road by Aduwawa, in Ikpoba Okha local government area of the state, was said to have murdered the deceased at her residence located on Lucky Way in Benin,‎ during a heated argument.

It was gathered that Rose Aifuwa’s body was later found at the busy Upper Mission junction with several deep cuts and bruises.

Nemesis was said to have caught up with the suspect after he reported the incident to the Ikpoba Hill Police Division, claiming to have killed the deceased by accident. He was promptly apprehended by men of the division.

A resident of the area who alleged that she woke up on Christmas day to find the corpse of the woman, told journalists on condition of anonymity that the deceased was dragged on the floor of a tarred road for about 400 metres, tied to the back of a bus.

“I didn’t open my shop on that day because it was Christmas day. But when I came out that morning, I saw people shouting. So, I quickly rushed to the spot where I saw a dead woman with deeps cuts everywhere.

“‎The woman looked like someone who was not living in Nigeria.‎ I thought she was a victim of ritualists but I heard people saying that she was killed by her boyfriend who tied her to his bus and dragged her from her house in Lucky Way to the junction.

“I really felt bad because she had a hole in her back and her intestines came out because of how she was dragged and I could not even looked at the face of her brother who came to buy something this morning (Saturday) because he was very angry”, he said.

Another resident who also did not want his name in print, described the murder of the deceased as barbaric, faulted claims by the suspect that the deceased fell from a moving bus.

“I think the police should not believe that because there were cuts in her body as if she was butchered. It is evil for someone to kill another who came back home to ‎celebrate the Christmas with her family,” he said.

Spokesman of the Edo State Police Command, DSP Joseph Edoigiawerie, who confirmed the incident‎ on telephone, said the case has been reported by a relation of the deceased and would be transferred to the State Criminal Investigation Department.

“A case of murder was reported by one Elvis Omokhojie, that his sister, named Rose Aifuwa, was found lying down on Upper Mission extension junction, Aduwawa in Benin City, and the cause of death unknown.

“We have been to the scene of incident and taken the corpse to the mortuary.

“Our investigation led to the arrest of the man friend or lover because according to the report, he (the suspect) was last s‎een with her,” he said.