Female banker, others charged with defrauding Emir of Kano’s account 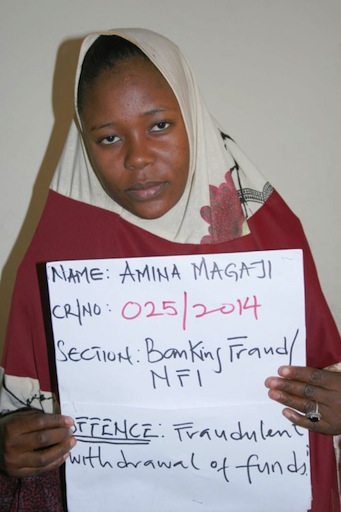 The principal accused, Magaji was appointed account officer to the late Monarch to oversee his account domiciled in one of the old generation banks in 2011.

She reactivated the account which had been dormant for forty seven years and proceeded to withdraw monies in bits to the tune of N17, 060,000 (seventeen million, sixty thousand Naira) using forged cheques.

She was aided in the fraud by the second accused, Namadi who was at the time a driver with the bank.

Counsel to the 1st accused, I.O Francis and counsel to the 2nd accused, Kabiru Yakubu filed for bail of their clients. But the prosecution counsel, S.H Sa’ad opposed to their applications, citing the gravity of the alleged offence and the fact that the case had been adjourned severally because of the 2nd accused person’s ability to appear before the court.

However, Justice Lawan granted bail to the accused persons in the sum of Two Million Naira and one surety each in like sum. The sureties must have landed properties within the jurisdiction of the court with Certificate of Occupancy. They must also deposit their passports with the court.

Moreover, the Judge warned the accused persons and their counsel to desist from any act that will further delay the proceedings. He adjourned the case to May 5 and 6, 2015 for commencement of trial.