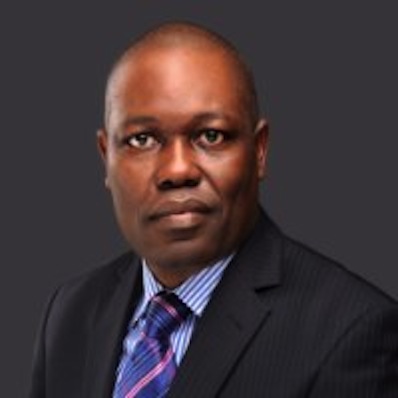 Ecobank Transnational Incorporated, parent company of the Ecobank Group, has announced the appointment of Ade Ayeyemi as its new Group Chief Executive Officer (GCEO) with effect from September 1.

According to a statement from the pan-African bank Ayeyemi, 52, would replace Albert Essien, who would be retiring on June 30, after 25 years of service with the Group.

It said an interim arrangement would be made by the Ecobank Board for the management of the Group during the period July 1 through August 31, pending the resumption of the new GCEO.

The bank described Ayeyemi, a Nigerian, as a highly experienced banker who has had a long and successful career with Citigroup.

He is currently Chief Executive Officer (CEO) of Citigroup’s sub-Saharan Africa division, based in Johannesburg.

“He is an accounting graduate of the University of Ife, now Obafemi Awolowo University, Ile-Ife, South-west Nigeria, where he earned a Bachelor of Science degree with First Class Honours.

“He also studied at the University of London and is an alumnus of Harvard Business School’s Advanced Management Programme.

Ecobank Group Chairman, Emmanuel Ikazoboh, said after a thorough and extensive search throughout the African continent, they were able to secure such a person.

“We are delighted to have secured Ayeyemi as the person to lead Ecobank through the next phase of its development and beyond as a world-class pan-African bank.

“Ayeyemi is a truly outstanding individual with deep knowledge of banking across Africa, and we welcome him to the Board.

“At the same time, I should like to thank Albert Essien for his 25-year career at Ecobank and for his stellar service as Group Chief Executive Officer over the past year.

“We wish him well in his retirement,” Ikazoboh said.

Reports quoted Ayeyemi as saying that he was delighted to have been offered the opportunity to lead the institution.