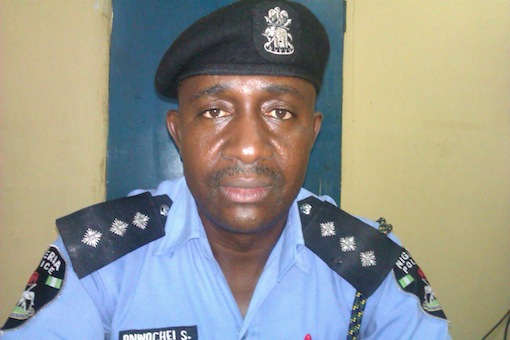 A 67‎-year old pastor and grandfather, Felix Adebayo, has been nabbed by operatives of the Edo State Police Command for allegedly defiling a 10-year old girl in Ubiane community, Aviele, Etsako West local government area of the state.

The suspect who was arrested on Thursday last week, was paraded on Tuesday at the Command’s headquarters in Benin, alongside 35 other suspects arrested for various crimes.

The Command’s Public Relations Officer, DSP Stephen Onwochei, who paraded the suspects,‎ said the detained cleric unlawfully had carnal knowledge of the little girl when she was sent to collect a mobile phone from his apartment.

“He carried the child and started whatever he felt like doing,” Onwochei said.

However, Adebayo who claimed to be a pastor, confessed to his crime, but blamed the act on the handiwork of the “devil.”

“‎I have a wife. I do not know what happened that led me to insert my hand in her private part. It is the devil,” he said.

Earlier while addressing journalists in his office, the State Commissioner of Police, Mr. Samuel Adegbuyi, announced that a total of 117 suspects were arrested between July and August for various crimes.

A breakdown of the figure shows that 35 suspects were apprehended for armed robbery; 20 for kidnapping; 33 for cultism; 10 for unlawful possession of firearms; 6 for murder and 13 for rape and defilement.

Adegbuyi who commended members of the public for giving useful information to the police in its effort to combat crime, assured that officers and men of the command are ready to confront and tame an expected rise in crime in the ember months.