4 land in prison over alleged attempt to defraud Dangote Group 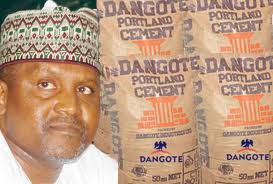 The police at Ikoyi division, Ikoyi, Lagos, western Nigeria, have arraigned four suspected fraudsters before a Lagos magistrates’ court over alleged attempt to defraud the management of Dangote Cement company of the sum of N16m with forged signatures and fund transfer documents.

The accused persons, according to the police, were ordered arrested by the Divisional Police Officer in charge of Ikoyi division, CSP Uche Anya, following a complaint by the management of Dangote Cement Company that the accused persons forged their signatures and documents in an attempt to steal the company’s N16m.

The accused persons were arraigned before an Igbosere magistrates’ court, Lagos on a three-count charge of felony to wit: attempted fraud and forgery.

Osijale told the court that nemesis caught up with the accused persons when they submitted the forged fund transfer document bearing Willycil Ventures Limited and signatures purported to have originated from Dangote Cement Company to the officer at First Monument Bank Plc to attempt to steal the sum of N16m from the account of Dangote Cement Company domiciled in the bank.

He said the accused persons were rounded up when the bank officials discovered that the documents they presented were forged.

Osijale noted that the offences are punishable under sections 409, 363 and 404 of the criminal laws of Lagos State, 2011.

The accused persons pleaded not guilty to the alleged crime in the open court and magistrate Mr. O. M. Owunmi admitted them to bail in the sum of N1m each with two sureties each in like sum.

Owunmi adjurned the case to 30 November, 2015 for mention, while all the defendants were taken to Ikoyi prison, Lagos pending when they will fulfill their bail conditions