Buhari counters Shehu, says there will be ministers without portfolio 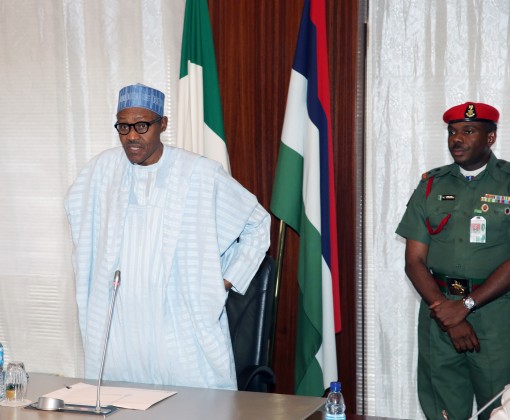 President Muhammadu Buhari has not shifted his position about how he would deploy the 36 ministers-designate approved for him by the Nigerian Senate.

His media aide, Shehu Garba in an interview stated that all ministers will have portfolios but not all of them will have full control of the ministries they oversee.

But his boss, Buhari has reiterated that there will be ministers without portfolio, he said, as he also hinted that his government would prune the ministries.

He spoke today when Senate President, Dr. Bukola Saraki presented the names of the approved nominees to him at the Presidential villa, after their confirmation by the senate.

President Buhari disclosed that he had pruned the number of ministries adding that 36 ministers are too many for the ministries.