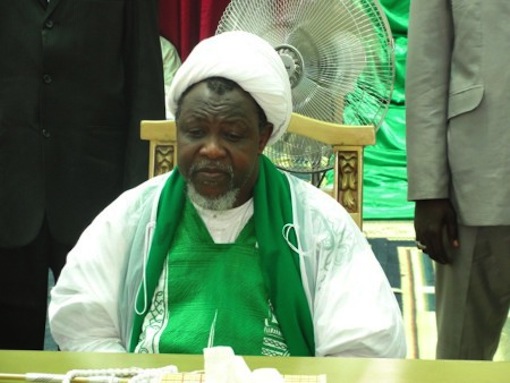 Iran says it is using all diplomatic channels to pursue the release of a prominent Shia Muslim cleric Sheikh Ibrahim al-Zakzaky who was arrested by the Nigerian army last month.

“We have used all those channels to warn them [Nigeria] regarding this issue. So hopefully the government… would adopt wise action given the sensitive situation,” Foreign Ministry Spokesman Hoseyn Jaberi-Ansari told reporters in the capital, Tehran.

Sheikh al-Zakzaky after members of his Islamic Movement of Nigeria (IMN) clashed with the army in the northern city of Zaria.

Campaign group Human Rights Watch said at least 300 IMN members were killed and quickly buried in a mass graves during the incident. The Nigerian military denied the claim.

The military accuses the pro-Iranian sect of trying to assassinate army chief Gen Tukur Buratai, which it denies.

Iran is currently embroiled in a diplomatic row with Saudi Arabia over the execution of a prominent Shia cleric Sheikh Nimr al-Nimr.