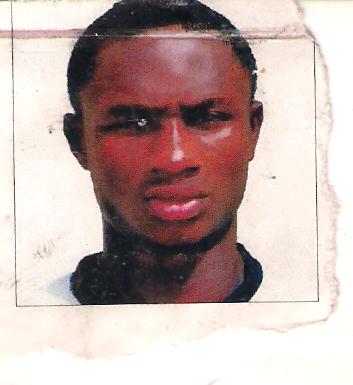 According to Salami Jimoh, a close friend of Samuel who also resides in the same house with the deceased, Adebayo Ahmed and Ajose Isah came looking for Samuel claiming that Samuel bought drinks for his friends on Friday and that they had come for their own.

“I told them to calm down that he will buy drinks for them. As we were talking Samuel called me on my phone and I told him what was happening at home. So he asked me to give the phone to his friend who was waiting for him at home.

“I don’t know what they discussed on phone before Adebayo Ahmed and Ajose Isah left. But when Samuel came back, he asked me if I had N500 and I told him that it was N1,000 I had and he collected it from me, saying he was going to settle them.

“Not quite long after he left, his friend came on a motor bike and asked me to come with him, that Samuel and some people were fighting. On getting to the place I met him soaked in his blood.”

Jimoh further explained that “the man who assisted in the arrest of Adebayo Ahmed said he heard Samuel shouting for help and he fell down and as he was trying to assist him Adebayo came with a glass and smashed it on his head after which Adebayo was overpowered and handed over to the police.

“At Ifako General Hospital where Samuel was confirmed dead, Adebayo was still pointing at him saying ‘you must die’ before he was later taken to Pen Cinema Police Station where he is being interrogated.”

His uncle, Mr. Soje Richard, who spoke with our reporter, described Samuel as an easy going person who never made trouble or fought anyone, adding that the police should carry out a thorough investigation and bring the perpetrators to book.