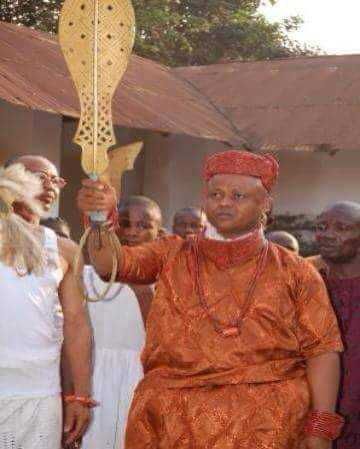 In a statement issued by his Chief Press Secretary, the governor said the death of Obi Edward Ofulue III has opened a sacrilegious chapter in history of the state and vowed that the state, under his watch, would ensure that the abduction and subsequent death of the monarch would be thoroughly investigated.

“It was sad that a reigning king was abducted but an unheard of fact was his murder in the most dehumanizing circumstances by his abductors, in the forest. I have directed an inquiry into this abominable act and call on Deltans; particularly the Kingdom and the security agencies to work harmoniously to unearth the culprits”.

Governor Okowa noted that he had received with shock the news of the Obi’s abduction about 15 days ago and enjoined the people of Ubulu-Uku to close ranks in the course of this investigation.

He said that King Edward’s death will mark a new vista in the battle against kidnapping and other violent crimes in the state and called on parents to warn their wards about the companies they keep as the state was out to make a guinea pig of anybody found to be culpable in related crimes.

The governor who underscored the place of security for peaceful and investor friendly environment, observed that it was against this background that his administration set up the committees on peace and security with prominent community leaders as members.

Okowa noted that as part of enlightenment on the dangers of these violent crimes, the state has been sponsoring seminars in higher institutions across the state to sensitize the youths on the dangers and implications of these crimes to their career and the security of the state.