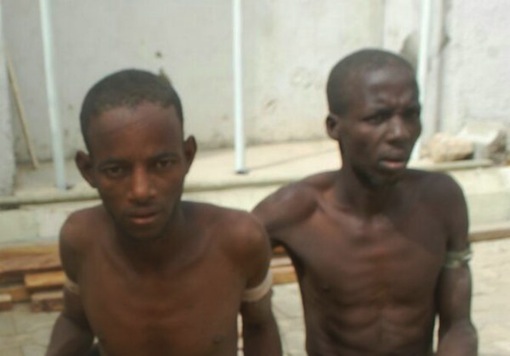 The European Union (EU) said on Monday in Abuja that it had allocated 67 million euro (about 20 billion naira) for the rehabilitation and re-integration of captured Boko Haram members.

Mr Richard Young, the Deputy Head of EU Delegation to Nigeria, stated this in an interview with the News Agency of Nigeria (NAN), after the launch of Nigeria’s “De-radicalisation Programme Guide.”

The Guide was prepared under the European Union Technical Assistance to Nigeria’s Evolving Security Challenges and launched by the National Security Adviser (NSA),retired Maj.-Gen. Babagana Monguno.

Young explained that the allocation was part of EU’s support to Nigeria in the country’s efforts to address the challenge of insurgency in the North East geo-political zone.

“I will call what EU is spending on this project substantial amount of money, it is millions. I will say it’s about 67 million euro.

“This is the amount that has been allocated. But this covers all the different aspects and support to the country’s violent extremism programme.

“So it goes beyond just the de-radicalisation programme,” he said.

Young said that the programme had been at a pilot stage, adding that it would be owned by the Federal Government afterwards.

“It’s designed to crystalyse certain thinking and thought; it will come to an end soon, but it is being continued with finance from the Nigerian government.

“We are also at the same time, discussing or just initiated discussions with the Nigerian Government about what form of support we might provide in this area,” he said.

The EU official explained that the programme was significant because it was one of the strategic responses to the Boko Haram insurgency.

“We all know that Nigeria faces insurgency in the North East of the country and there are different responses to that insurgency.

“But one element that is important to that is what you do with the people who are captured, who have been practicing violent extremism in their attitude and behavior.”

According to him, the programme seeks to respond to the challenge of what to do with the Boko Haram fighters who have been captured.

“The programme seeks, in effect, to de-radicalise them to find a pathway for them away from violent extremism, so that they can, in due course have more socially-constructive attitude.

“Through de-radicalisation, they can be re-integrated back into the population.

“So this programme is just one element of the overall approaches of dealing with the insurgency in the North East Nigeria,” he said.

The EU envoy expressed the hope that the programme would be expanded in due course to cover other Boko Haram members that are being captured and would still be captured.

“I heard the other day, an announcement by a Brigadier from the Nigerian Army about a large number of people, about 800, that have been captured.

“He was talking about how he’s going to manage these people in terms of de-radicalisation, training and possible re-integration,” he said.