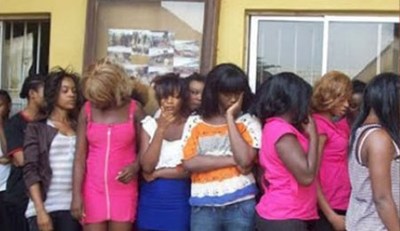 Mr Joseph Famakin, the Lagos Zonal Commander of the National Agency for the Prohibition of Trafficking in Persons (NAPTIP), says that the agency has rescued 152 victims of human trafficking.

Famakin disclosed on Friday in Lagos on the sideline of a five-day training for the agency’s prosecutors and investigators that the rescue took place between January and April, 2016.

“Under the new law, punishments are bench-marked, they are more stringent; there are fines imposed and now, strictly imprisonment with no option of fines to fight human trafficking.

“As I speak to you, we have successfully sent over 276 Nigerians to prison and in Lagos Zone we have presently 51 cases in the federal and state high courts.

“The statistics of victims that are rescued and brought to Lagos, in 2014, we had a total of 316 victims rescued.

“So, that tells you the extent to which we are carrying out our operations to rescue victims from the clutches of traffickers.

“And so, in order to strengthen our capacity, that is why we are doing training for both investigators and prosecutors and the need for synergy among these two important groups so that they can work together as a team.

“We are going to do more so that we can reduce the menace of trafficking in Nigeria.“

In his contribution, Mr Mikael Jensen, the Project Coordinator of the United Nations Office on Drugs and Crime (UNODC), said that the training would strengthen the response of the justice sector to crimes.

“This training is a part of the whole programme we are doing to enhance NAPTIP prosecutors and investigators.

”It’s applied towards the crime-the smuggling of migrants and trafficking in persons by giving them examples of how you can be better in conducting investigations and hopefully to strengthen the justice response to these crimes.“

The training was funded by the Government of Japan to complement the European Union project to promote better management of migration in Nigeria by combating smuggling of migrants.