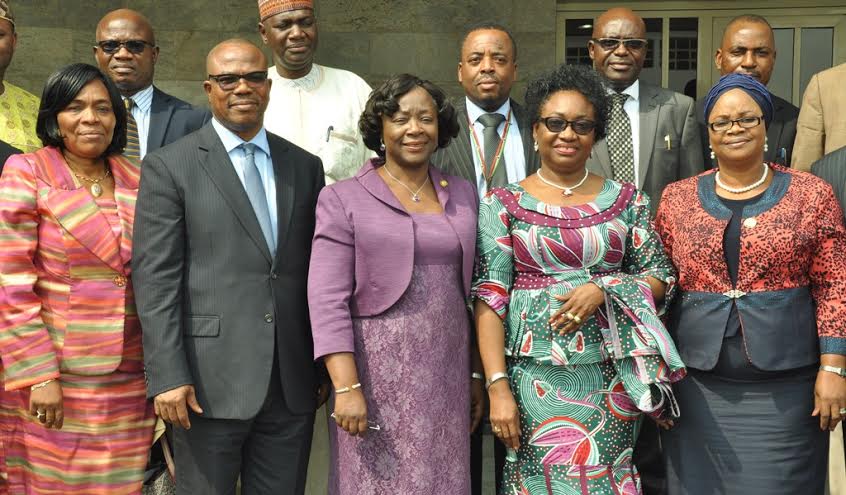 The Lagos State Government and the Office of the Head of Service of the Federation on Thursday commenced talks on partnership for massive provision of affordable housing for Federal and State civil servants to address housing deficit especially for workers in the State.

Head of Service of the Federation, Mrs. Winifred Oyo-Ita, who disclosed this while leading a technical delegation to Governor Akinwunmi Ambode at the Lagos House in Ikeja, said the decision to go into partnership with the state government followed the need to key into the housing programme of President Muhammadu Buhari-led administration.

She said under the scheme known as the Federal Integrated Staff Housing (FISH) programme, the Lagos State Government would be required to provide land for development of affordable housing for Federal civil servants, while 10 to 15 percentage of the scheme would be made available for civil servants in the State, who would benefit as the State’s equity contribution to the scheme.

The Federal HOS, who was received by the Lagos State Head of Service, Mrs Olabowale Ademola and top government functionaries in the housing sector on behalf of Governor Ambode, said the decision to partner with the state government was borne out of the fact that many civil servants were willing to own properties in Lagos, being the commercial capital of Nigeria.

Oyo-Ita said: “We are here today to introduce to you Federal Integrated Staff Housing (FISH) Programme which is a welfare programme for federal civil servants that aspire to provide affordable housing for civil servants.

“Lagos State is critical to this scheme and it is so because Lagos is the commercial capital of Nigeria and apart from the fact that quite a number of Lagos State indigene who are federal civil servants would want to own their homes here in Lagos State, there is a cross-section of Nigerians like somebody like me who grew up in Lagos who will like to have homes in Lagos State.”

She added that aside the fact that Lagos stood to benefit immensely from the scheme in terms of property tax and income tax, arrangement was also ongoing with the Federal Mortgage Bank of Nigeria (FMBN) and other international agencies to grant single digit loan to estate developers to develop the scheme.

Responding, Mrs. Ademola said the deliberations at the meeting would be conveyed to the Governor and assured that appropriate communication would soon been made.

Mrs. Ademola alongside other top government functionaries in Lagos State, however raised enquiries as to the benefit for civil servants in the State, after which the Chairman of the FISH scheme and Permanent Secretary in the office of the Federal Head of Service, Mr. Yemi Adelakun assured of 10 to 15 per cent reservation for State civil servants.

It was also agreed that a joint technical committee should be set up to work out and fine tune the process in terms of benefit to State civil servants.