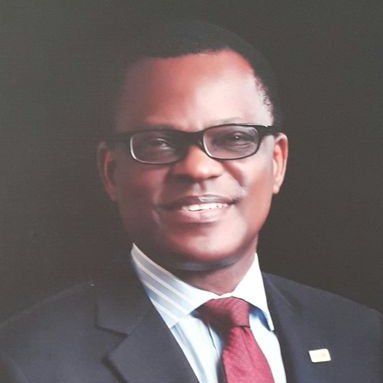 The Special Court of Appeal panel led by Justice Hannatu Sankey constituted to determine all appeals arising from the Ondo State PDP governorship primary on Tuesday in Abuja withdrew following accusation of fraud.

The two other members were Justices E. Agim and O.E William-Dawudu.

Sankey, in her ruling, ordered that the files of all the five pending appeals relating to the PDP governorship ticket in Ondo State be returned to the President of the Court of Appeal for re-assignment.

Sankey said the development was necessitated by a petition written against the panel by the Ondo State Chairman of the PDP, Biyi Poroye.

“The petitioner in the most unholy description of my personality being a Justice who has just recovered from a protracted illness was open to corruption.

“He in similar vein alleged that the panel has been paid huge sums of money by interested party to be able to sit on the Special Panel.

“Ordinarily, since no fact has been placed on the court showing bias we would not have minded but in the circumstance we are compelled to withdraw in the interest of our integrity and justice,” she said.

Poroye had also alleged that the panel was constituted to urgently hear and determine the cases because the President of the Court of Appeal was compromised.

According to him, the members of the panel are briefed to deliver judgment in favour one of the governorship contenders Eyitayo Jegede.

The petitioner had obtained the orders of the Federal High Court in Abuja recognising Jimoh Ibrahim as the governorship candidate of the party.

Acting on the order made by Justice Okon Abang, INEC dropped Jegede, a product of the Ahmed Makarfi-faction of the PDP.

Jegede’s substitution had further confirmed Ali Modu Sheriff as the National Chairman of the party, a development, the Ahmed Makarfi faction had challenged.

Earlier, Chief Wole Olanipekun (SAN), a counsel to Jegede expressed displeasure on the development, adding that the petition was baseless.

“My Lords, the petitioner should be used as an example to ward off this type of frivolous accusations of our Judges.

“I am suggesting that the petition be forwarded to the police for thorough investigation and the petitioner be placed in custody,” he said.

On his part, Chief Alex Izinyon (SAN), counsel to Poroye, denied knowledge of the petition as according to him, politicians are capable of over reaching themselves in political matters.

“I am totally not aware of this petition, he did not tell me about it and I therefore stand to denounce it, but I shall be craving the indulgence of the court to allow me some allowances to interface with him.

“My Lords, it is not a new thing, the Ahmed Makarfi camp had done this to us at the trial court where a petition was filed against Justice Okon Abang to withdraw from presiding,” he said.

With the seeming delay caused by this development, the Ondo people may have to wait a bit longer to be offered the authentic governorship candidate of the PDP for the November 26 election.