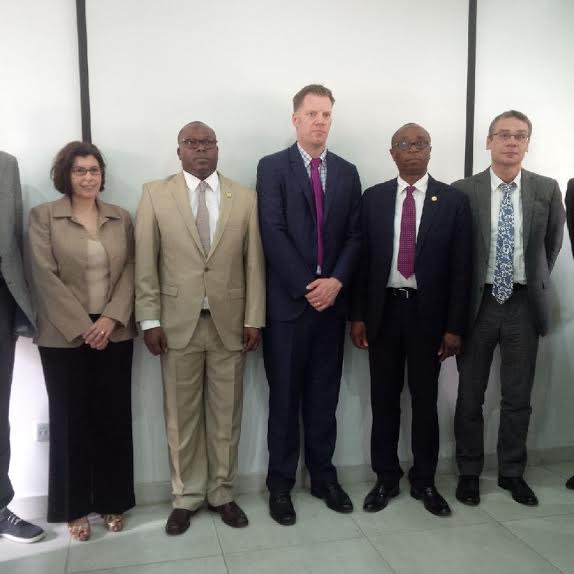 The Lagos State Government is partnering with the World Bank to deliver qualitative and affordable housing units to residents of Lagos in order to bridge the housing deficit.

Officials of the World Bank paid a visit on the Lagos State Commissioner for Housing, Prince Gbolahan Lawal on Monday to brainstorm on the areas the bank could partner with Lagos in delivering affordable houses to the masses.

Lead Financial Sector Specialist, World Bank, Sinon Walley who led the team said the state government could leverage on the pension funds to deliver affordable houses to people in their old age.

According to him, “Pension funds have long liability because this fund is meant for people in their old age. Housing is a perfect match for that because it is a long term investment. It is also contributing to other sector of the economy.

“Linking pension funds to housing is critical in any economy. It has not been happening today in Nigeria; having existed over the years. The NMRC provides that bridge between the pension funds and the housing market. At the moment in Nigeria, what is needed is more houses to be built with finance on the balance sheet of the pension funds.”

Walley said what Lagos had done over the years was very positive because such efforts had focused on delivering houses for the residents of the state.

“They have very clear agenda but their challenge had been paucity of funds. The population is growing faster than the state could develop houses. What Lagos needs to develop houses on the long term is to encourage the private sector to move away from luxury houses and concentrate on middle income houses that are as low as N3 million,” he advised.

On whether the World Bank would partner with Lagos to deliver affordable houses, Walley said this was what was discussed at the meeting, saying that currently, the World Bank’s programme was with the Federal Government “but we have realized that the states are critical.”

“So, we have moved down to discuss with the state where we believe that a lot of the responsibilities lies in housing delivery. This is in terms of land and other infrastructure. Lagos has shown to other states the way forward in tackling housing deficit. We are happy to support Lagos to reduce the housing deficit for the state,” he said.

Housing Commissioner, Prince Lawal said government had done a lot to ensure that houses were available for the residents.

“We strongly believe that the support of the bank will be needed either in terms of financial or technical support in order to bridge the existing housing deficit we have in Lagos state. Over three million houses are needed in the state.

“We know that in order to bridge the existing three million gap, we must provide about 200, 000 housing unit yearly. We must be realistic here that the government cannot provide the entire housing deficit. It would need the private sector to tackle the needs,” he stated.

According to the commissioner, “we need all development partner assistance to bridge the gap. Also, we will expect the bank to support Lagos State Government because there are several opportunities in the provision of housing.

“Assuming we produce 20, 000 housing unit yearly, we will be able to provide several jobs through that. For instance, in constriction of three-bedroom bungalow, 76 jobs will be provided. Poverty will also be tackled. There are several opportunities in construction of houses in any state.”