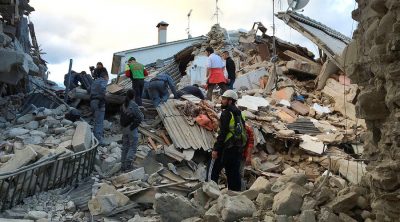 A 6.5 magnitude earthquake has been reported in Indonesia’s West Papua area. There are no reports yet about the effect.

The powerful quake was picked up by observers in western Latin American countries monitoring for seismic activity, and by the US Geological Survey, which said the quake’s epicentre hit what is believed to be a sparsely populated area.

According to reports the quake followed a series of tremors across the Pacific region on Tuesday, including a 6.8 magnitude quake shaking Japan’s east coast, and a 6.8 quake striking south of New Zealand’s Kermadec Islands chain.

*This is a developing story.