Governor Olusegun Mimiko of Ondo State has rallied the Conference of Nigerian Political Parties (CNPP) and the Progressive Coalition (PC) to form alliance against election malpractices ahead of the general elections in the state next year. 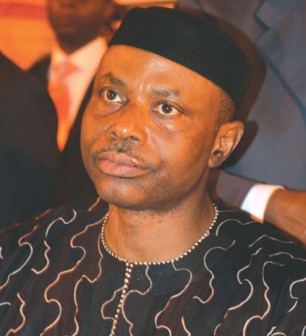 This is coming just as all progressives in the state have resolved to merge with the ruling Labour Party toÂ  form a united progressive platform in the state.

The governor, during a luncheon organised for them at the Government House Akure, commendedÂ  the CNPP and the PC forÂ  their determination to curb electoral fraud in the state. He said the state was blessed with high profile politicians and men of integrity.

His words: â€œWe must all come together to form an alliance against electoral fraud in this state. Never againÂ  should we allow rigging and snatching of electoral materials at gun point and I am happy that the CNPP and the PCÂ  have agreed to join forces to stop these malpractices.

â€œOur people in Ondo State are very enlightened; we are blessed with men and women that are not ready to compromise no matter the situation. They are people who will never mortgage their conscience for whatever reason.â€

Earlier in his address, the spokesperson of the groups, Chief Olaniran Jogbodo, gave kudos to the stateÂ  government for the payment of the backlog of gratuities and severance allowances of past political office holders irrespective of political affiliation.

Jogbodo said that theyÂ  have decided to join forces with the Labour Party to chase out the conservatives from governing the state in the future.