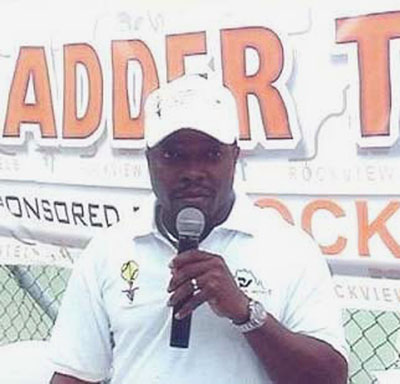 Hon. Chiedozie Udeze is the Captain of the FHA Tennis Club, FESTAC, Lagos. He told TAIWO ADELU about his captaincy tenure in the club and the just concluded Rockview Hotels-sponsored Ladder Tournament on Saturday

Q: How will you assess the organisation of the 2010 Ladder Tournament?
A: The championship was wonderful and I was surprised at the large turn out of my members and invited guests who came to watch the finals. The enthusiasm was very great. I think it was the result of the organisational structure we put together. What we had at the final showedÂ  that there is nothing impossible if there is unity.

Q: What are the challenges of being the captain of FHA Tennis Club?
A: There areÂ  many challenges even in the just concluded Ladder Tournament. I thank God for giving me the strength and grace to weather the storm. I was happy to face the challenges. I think my ability to manage the challenges culminated in the glamour, which we saw in the final ceremony of the competition, where we had in attendance the representative of the Inspector General of Police and other important dignitaries.

Q: How would you compare the standard of this yearâ€™s competition to the previous editions?
A: I think there was an improvement in what we did and the performance of the players this year. You saw how we recorded a major upset in the singles final, when the defending champion and the clubâ€™s number one, Lucky Edovie, was dethroned by number three player, Ofoegbu Edu in straight sets of 7-6, 6-4. The doublesâ€™ final was also spectacular. We had better tennis this year than the previous editions.

Q: How would you rate tennis at the FHA Club?
A: I think FHA Tennis Club is number one in the country in terms of packaging and how a tennis club is run. We can challenge any tennis club, not only in Lagos, but Nigeria as a whole. We tried this on many occasions.

Q: How would you want the people to remember your tenure as the captain of FHA Tennis Club?
A: I have done a lotÂ  to improve the standard of our great club with the support of the executives and other members. I carried along my exco members and there is nothing I do that they do not approve of.Â  During my tenure, we embarked on many trips both within and outside the country, especially the trip to Ghana. It was a wonderful experience. I will also be remembered for the introduction of team competition in the club.