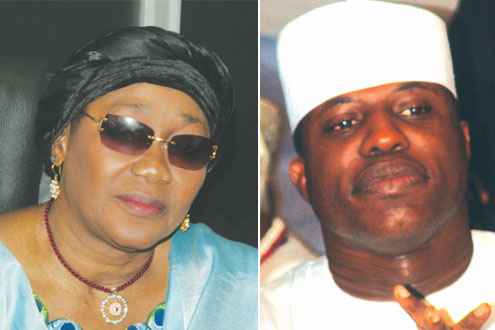 As the Economic and Financial Crimes Commission, EFCC, renews its war against corruption in line with President Goodluck Jonathanâ€™s promise to give the cankerworm a good fight, the leadership of the House of Representatives may soon become one of the major casualties.

P.M.NEWS gathered from sources at the anti-graft agency that EFCC is revisiting the N2.3 billion car scam in the House of Representatives and that the Speaker, Dimeji Bankole and other key figures in the House may have a case to answer.

The N2.3 billion car scandal which erupted in 2008 after a petition was sent to the House and EFCC, fizzled out for sometime and is now being revisited after the issue seemed to have been swept under the carpet.

The EFCC sources who spoke to P.M.NEWS this morning said the era where public office holders misappropriated billions of naira through various means and were not asked to account for the funds was over, vowing that every petition against a corrupt public office holder would be investigated and brought to a logical conclusion.

The Chairman of EFCC Mrs. Farida Waziri gave hint yesterday that the issue is being revisited when she told a delegation of theÂ  Europe Leadership of Nigeria in Diaspora in her office in Abuja that the final investigative report on the N2.3 billion scam was ready.

She also revealed that the case has been sent to the legal department for an appraisal of the findings to enable EFCC file charges.

Waziri did not reveal the contents of the report.

According to the group in a statement issued by its national coordinator, Ifeanyi Odili and general secretary, Sina Akadiri, it was wrong for EFCC to sweep the report under the carpet, adding that it smacks of selective approach to its anti-corruption campaign.

The group accused EFCC of deliberately refusingÂ  to prosecute the House of Representatives members named in the alleged scam.

Trouble started for the leadership of the House in September 2008 when a petition was written by Lagos lawyer, Festus Keyamo against the House leadership that due process was not followed in the purchase of 380 units of Peugeot 407 cars for the lawmakers.

It was also alleged that the N2.3 billion contract awarded to Peugeot Automobile of Nigeria, PAN, for the supply of the cars was grossly inflated.

Although the Ethics and Privileges Committee of the House investigated the allegation and dismissed it as lacking in substance, EFCC still went ahead to probe it.