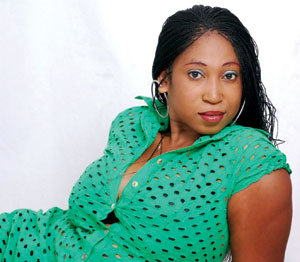 Cross-over Nollywood actress, Titi Osinowo, has said that despite criticisms from some quarters, the motion picture industry in Nigeria has come to stay.

The light-skinned script interpreter, who has featured in both Yoruba and English flicks, noted that for more than one decade, Nollywood has proven to be a major force to reckon with, thereby, urging the government to invest in it.

According to her, despite the socio-economic challenges, the future of Nollywood still remains brighter than that of crude oil and other resources that the government is giving much attention to.

â€œIf the government gives Nollywood the necessary backing like what Hollywood is getting from the American government, I can assure you, our industry will become the numero uno in the world; and this will be in terms of quality, picture, effect, story line and other factors that make a good film.

â€œThe point is, if we can come this far with little or no government support, the sky would have been the starting point if the situation is otherwise,â€ the Ogun State-born sultry actress noted.