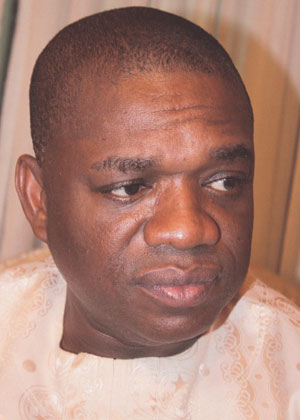 The trial of former Governor of Abia State, Orji Uzor Kalu, was stalled this morning over a pending appeal filed at a Court of Appeal, Abuja division, challenging the refusal of Justice Adamu Bello to quash the charges slammed on him by the Economic and Financial Crimes Commission (EFCC).

Earlier, the anti-graft agency had accused the former governor of stealing over N5.6 billion belonging to Abia State while in office as the governor of the state.

After his arraignments at the Federal High Court sitting in Abuja, the former governor had resorted to various legal tactics to delay his trial.

One of this was an application he brought before the court requesting that the charges be quashed.

At todayâ€™s proceedings, counsel to the former governor, Mr. Awa Kalu (SAN) urged the court to adjourn the trial indefinitely pending the termination of their pending appeal at the Court of Appeal.

Justice Adamu Bello, however, refused to adjourn the trial indefinitely, but conceded to a long adjournment and subsequently adjourned tillÂ  25 November, 2010.