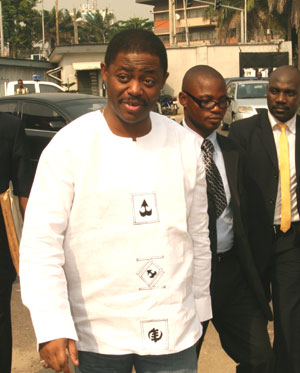 The coast is now clear for the continuation of the trial of former Aviation Minister, Chief Femi Fani-Kayode, as the Appeal Court this morning upheld the appeal of the Economic and Financial Crimes Commission, EFCC, by declaring that computer printout is admissible in evidence. 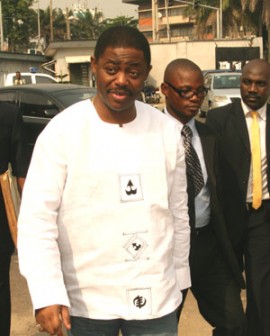 During the trial of Fani-Kayode before a Federal High Court in Lagos, the EFCC prosecuting counsel, Festus Keyamo, sought to tender computer printouts of statements of accounts belonging to the former minister to prove that the former minister committed financial crimes.

The defence lawyer raised an objection that computer printouts are not admissible in evidence.

The presiding judge, Ramat Mohammed, ruled that the computer printout is not admissible in evidence.

Dissatisfied with the ruling of the Federal High Court, the EFCC appealed.

In a unanimous decision this morning, the Appeal Court overturned the decision of the lower court.

In the lead ruling delivered by Adamu Galinje, he said, â€œI find the appeal meritorious and ought to be allowed. The decision of the lower court is set aside and the computer printout is therefore accepted and marked Exhibit P.

â€œI come to the conclusion that computer printout of statement of account is part of bankersâ€™ book of records. Therefore, the appeal has merit,â€ Galinje ruled.