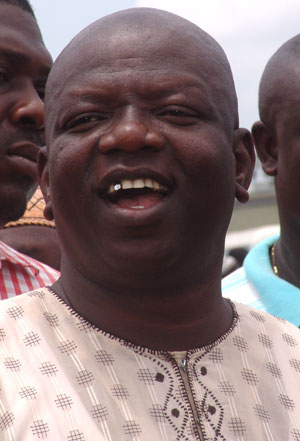 Chief Coach of Oshodi Branch of the NURTW, Lookman Bakare, believes that his team can go all the way to play in the final of U-15 Akanni Olohunwa Soccer Championship.

Oshodi will confront Ikeja Branch C tomorrow in the third round of the competition at the Campos Square Sport Centre, Lagos Island. The winner of the encounter will book a place in the quarter final of the competition.

Speaking ahead of tomorrowâ€™s match, Bakare said his side are the best in the championship and boasted that no team can stop them from winning the trophy.

â€œOlu-Omo is the pillar of our success. He donated a new set of jersey for the players and gave them winning bonus for each match they won. Iâ€™m happy to say that we are well motivated to win the cup,â€ he said.

In some of the third round matches played on Monday, Surulere fought back to defeat Ikeja A 3-2, while Agboyi Ketu B lost 2-3 to LOB E.