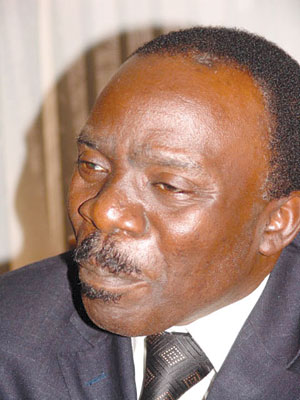 The 2011 general elections in Nigeria are unlikely to be different from the 2007 elections described by local and international observers as the worst elections ever conducted anywhere in the world, an activist lawyer, Mr. Femi Falana, has said.

Falana told journalists yesterday during a press conference organized by the Electoral Reform Network (ERN) in Lagos, Nigeria, that there are ominous signs that next yearâ€™s elections will be marred by rigging and violence.

According to Falana, nothing has been done to update the votersâ€™ register and with the Uwais recommendations being swept under the carpet by the Peopleâ€™s Democratic Party-led government, â€œNigerians have a big task in their handsâ€.

He said, â€œthe only way a credible election can be done in Nigeria is to insist that the far-reaching Uwais electoral recommendation reforms are implemented. Anything other than that is balderdash.â€

Fala called on Nigerians to defend their votes the polling units during the elections. He said: â€œWhat should bother patriotic Nigerians is how to eliminate or end this joke by the criminals that have threatened to rule Nigeria for 100 years. Nigerians must move out and call them to order.

â€œNigeria is the only country in the world where election petitions are allowed to be in court three years after the inauguration of a government whose legitimacy is being challenged. It is so backward that I have never heard of it anywhere in the world.â€

Falana called on President Goodluck Jonathan to allow a level playing ground for all candidates next year.

â€œI have no problem with President Goodluck contesting, but he must allow level playing ground. It is the business of PDP whether the man runs or not, that is not my business. My business is to encourage credible alternative to challenge the rot, the corruption, the unemployment, the darkness and other things that the PDP has given to Nigerians for 11 years,â€ he said.

The Electoral Reform Network South West coordinator, Mr. Arigbabu Soulaimon, who read the press statement to journalists, said that for a credible election to take place next year in Nigeria, the National Judicial Council (NJC), must be involved in the appointment of the Independent National Electoral Commission (INEC) Chairman. He said that elections must be conducted at least six months before the swearing in of winners to give room for the conclusion of all petitions before swear in the winner.

Arigbabu also advocated that the issue of party funding be addressed.