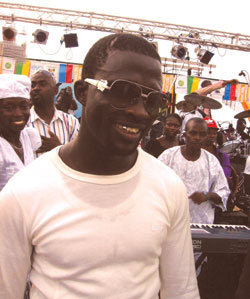 The show, according to the organisers, will feature the duo of Adx and Icek of Artquake and Konga.

Speaking with P.M. Entertainment, Malaika said the show is a prelude to a his impending trip to South Africa.

According to him, he will be in South Africa throughout the duration of the World Cup as the trip is specifically meant to entertain those visiting the former apartheid enclave for the World Cup.

The singer, who was in South Africa last year, also said that his fans over there have been asking him to come and perform and thinks now is the time.

He is planning to release another album soon.