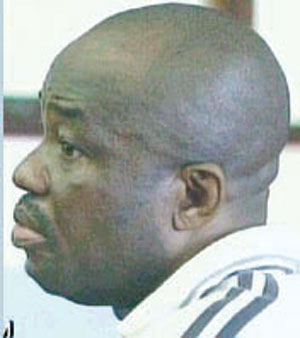 The Special Drug Court in Durban, South Africa sentenced one of the most wanted druglords, Ndudim Agoha to 20 years imprisonment.

Ndudim Agoha is a Nigerian and had been living in South Africa for eight years. Agoha will spend 16 years behind bars because four years of his sentence was suspended.

He reportedly has assets in the plush Sunningdale suburb of Durban, and described flashy and a lavish spender. Equipment and quantity of drugs found in his home, convinced the court that he was higher up in the cityâ€™s underground drug syndicates hierarchy. Durban is a city plagued by drugs and rising crime.

â€œHe was caught dealing in over R100 000 cocaine and ecstasy and therefore his involvement in manufacture and distribution is obviously of much larger scale than your average drug dealer,â€ Mark Dyson, the senior public prosecutor, said.

Defence argued in court that the lavish spending Nigerian was a legitimate businessman who travelled to Nigeria and the US regularly.

Magistrate Mervin Maistry said he viewed drug dealing as serious as murder, his reason for the stiff sentence.

He said Agoha would have received lesser sentence had he assisted the police in identifying other people involved in the drug network.