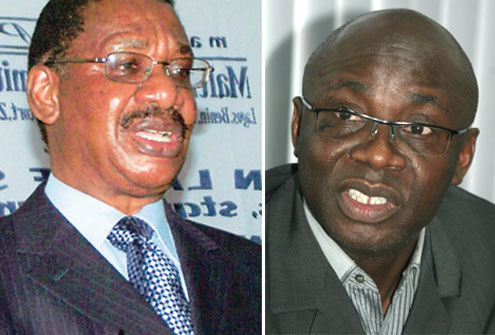 Several human rights activists, lawyers and others in Nigeria have slammed former Military President, Ibrahim Badamasi Babangida, IBB, for calling for the immortalisation of the late Moshood Abiola after annulling the election he won 17 years ago.

They were pained not because it is not a good thing to immortalise Abiola, the acclaimed winner of the freest election ever conducted in the history of Nigeria, the 12 June, 1993 election, but that such a statement is coming from the architect of the annulment of the election.

Abiola was believed to have won by landslide the 12 June, 1993 election which was annulled by IBB, which eventually led to the demise of the late business mogul during the struggle for the actualisation of his mandate.

IBB is eying the presidency of Nigeria next year and has been scoring cheap political points through his public comments, the latest being his call for the immortalisation of Abiola, his bosom friend, whom he allegedly betrayed by annulling the election he won.

According to constitutional lawyer, Prof. Itse Sagay, IBBâ€™s statement was cheap political propaganda, saying that he was responsible for Abiolaâ€™s downfall and his death.

â€œIf he had not annulled the election, Abiola would not have died and would have become president.Â Â  Abiola was a martyr.Â Â  IBB is the remote cause of his death.Â  Calling for Abiolaâ€™s immortalisation sounds very ill to have come from the mouth of the person responsible for his death,â€ he said.

Pastor Tunde Bakare, founder, Latter Rain Assembly and convener of the Save Nigeria Group, was disgusted by IBBâ€™s statement and simply said â€œIt is medicine after death.â€

Festus Keyamo, a Lagos based lawyer said: â€œNigerians at this point should demand for the trial of IBB because what he is saying now is a confessional statement.Â Â  He is saying in the real sense that Abiola won the election and that he annulled it, which is a criminal offence.

â€œWhat IBB said is like urinating on Abiolaâ€™s grave; it is a mockery of MKO in his grave and he is playing politics with Abiolaâ€™s name.Â Â  The blood of MKO will haunt him till the end. â€œShortly after the annulment, MKO had said that IBB bit him.Â Â  I pray that MKOâ€™s ghost will continue to haunt him until he made a true confession,â€ added Mr. Yinka Odumakin, National Publicity Secretary, Afenifere Renewal Group.

â€œHe should have confessed his sins earlier and asked for forgiveness.Â Â  He has destroyed the democratic structure.Â Â  It is not for him to tell us what to do, but it is left for the government to immortalise him; he should go back to Minna and die there,â€ said Adeniran.

Comrade Tony Iyare expressed bitterness over IBBâ€™s statement because it was a political one and not out of love for Abiola and called on the former military president to stop all the deceit.

â€œIBB said what he said to achieve his selfish aim.Â Â  We are ready to tackle IBB.Â Â  He should go back to Minna to continue to mourn Mariam.Â Â  He spent eight years in power and entrenched corruption.Â Â  There is no way for the likes of IBB to call for the immortalisation of Abiola,â€ he stated.

â€œIBB should not be relevant anymore.Â Â  We should disregard his statement and find ways to address our problems.Â  People like IBB should be stoned,â€ he said.