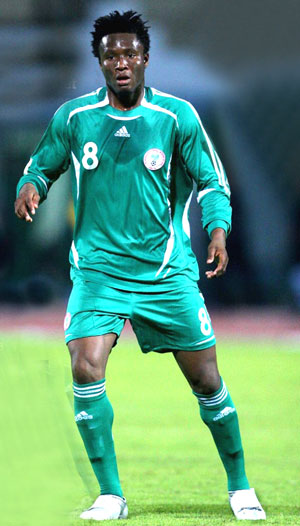 Tehnical Adviser of Nigeriaâ€™s Super Eagles Lars Lagerback has defended his choice of the 23-man squad that will represent the country at the 2010 FIFA World Cup, which begins on 11 June in South Africa.

Soccer-loving Nigerians have been apprehensive that the Swede should not have listed Chelseaâ€™s midfielder, John Mikel Obi, who is recuperating from an injury, as part of Nigeriaâ€™s World Cup team. Some people believe that either Everton of Englandâ€™s striker, Victor Anichebe or Ikechukwu Uche should have been included in the list instead of Mikel, who won double with his English Premier League side this season.

Responding, Lagerback said he believes Mikel wonâ€™t disappoint him in the World Cup. While speaking on Brila F.M, the former Swede national team coach said Mikel is almost ready for World Cup action. He noted that though the player did not feature in the Eaglesâ€™ friendly match against Colombia on Sunday, he (the coach) had his reason for his action.

Lagerback revealed that he rested Mikel to avoid unnecessary setback for the Chelsea star, as he wants him to recuperate fully beforeÂ  featuring in Eaglesâ€™ games.

â€œMikel is recuperating and I believe strongly, that if he is fully recovered he would be fit to play for Nigeria. There is no cause for alarm on Mikel. I have watched him play and I know what he can do in any match situation. I have confidence in the player, I know he wonâ€™t disappoint,â€ said the coach.

It would be recalled that a â€˜fitâ€™ Mikel joined his Nigeria team-mates on Friday, according to a spokesman for the countryâ€™s football federation, Demola Olajire.

The Chelsea midfielder recently had knee surgery, making him a doubt for the World Cup. A Nigeria medical team visited him in London early last week to get a time scale for his absence and returned with good news.

Nigeria drew 0-0 in a friendly against Saudi Arabia last week Tuesday. Though Mikel missed the match anddid not play against Colombia, there are strong indications that Lagerback may feature him in the last warm up match against North Korea in South Africa this week.