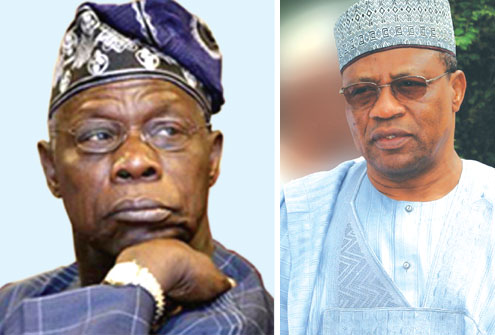 Addressing a press conference in Abuja, Nigeriaâ€™s capital, recently, the IBB allies faulted civil society groupsâ€™ call that IBB should be probed on the alleged misappropriation of $12.4 billion oil windfall during the military dictatorâ€™s years in government.

The IBB allies queried the propriety of the white paper of the Okigbo report attached to the civil societyâ€™s statement with a question: â€œIt is strange that the Federal Government is receiving documents from civil society when same document was declared missing by the Obasanjo administration. Couldnâ€™t it be that the civil society stole the document?â€

In a full page newspaper advertisement in a national daily today, where the IBB loyalties published the full text of their press conference, they also queried the rationale behind the civil groupsâ€™ call for the probe of IBBâ€™s alleged $12.4 billion oil windfall when nothing was said of Obasanjoâ€™s $16 billion power scam.

â€œIt beats our imagination why this group which we are part of are using this particular time and moment to petition the Federal Government. It was unanimously resolved that we should point our searchlight on all corrupt governments in Nigeria. We only read on the pages of newspapers that the government should probe IBB on the so-called oil windfall,â€Â  the loyalties wrote in the advertorial.

They dissociated themselves from the call for the probe of IBB, describing it as having a selfish, ethnic and sentimental motive.

The IBB allies were represented by Barrister Salisu Mohammed of Civil Society Movement for Justice and Freedom; Comrade Chukwu Nwabueze of Movement for Freedom and Equal Rights and Barrister Abiodun Akanbi of Human Rights Action Network.

What easily exposed the groups as IBBâ€™s loyalties was their call on the government to jettison any plan to probe IBB, saying: â€œWe view this as a national distraction considering the state of our country today.â€

Instead of probing IBB, the former military presidentâ€™sÂ  allies said, â€œPresident Jonathan should concentrate on consolidating democracy rather than witch-hunting or probing past leaders of the nation.â€