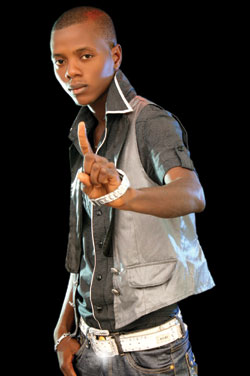 Call him R & B sensationÂ  or better still ladies’ guy, both fit him like a glove. Obadina Oluwatobi Kehinde a.k.a. L.N.C., is a R & B/hip-hop soul singer, who knows his onions as his talent and style have attracted the likes of Durella, Y.Q., P-Square and Konga, to feature him in their yet to be released album.

His voice is so alluring that the likes of P-Square and Tuface will be given a fight for thier money.

As a comfirmed street folk, L.N.C. started his musical career in 1999, while he was motivated by Wyclef Jean and Craig David’s musical style.

His stage performance often elicits fans’ acceptance and his outstanding use of Pidgin accent which he often adopts for his lyrics, is skillfully structured to thrill his fans.

According to him, the debut album he co-produced with G-willz and Lahlah which will soon hit the market, has tracks like E ma feel e, My story and Sherikoko among others.

Some of his songs are currently enjoying air fair play, while they are also downloaded on Facebook via LNC ELFACTORY/FACEBOOK.