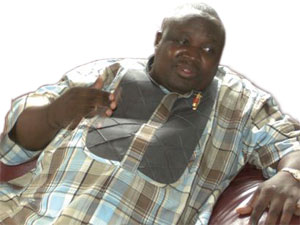 The plan by members of the Bayelsa State HouseÂ  of Assembly to impeach theÂ  Deputy Governor, Mr. Peremobowei Ebebi, is now laced with intrigues, blackmail and a money spinning.

Part of the laid out script as found out by P.M.NEWS this morning is for the lawmakers to create an atmosphere of fear, alleging that for them to do the bidding of Governor Timipre Sylva, huge sums of money must be paid to them. To avoid the prying eyes of anti-graft agencies, like the Economic and Financial Crimes Commission, EFCC, and Independent Corrupt Practices Commission, ICPC, the lawmakers, along with the executive arm have agreed to tie the N100 million each to constituency projects that must be paid within the mandatory seven days from the day of serving of impeachment notice to the Deputy Governor. However, contrary to the impression in the media that their lives are in danger and that some of the lawmakers are now temporarily hiding in Government House to avoid being killed by supporters of the Deputy Governor, it has been discovered to be a ploy.

An source told P.M.NEWS that â€œitâ€™s all political intrigue.The 18 lawmakers are insisting that if the N100 million is not paid to them as funds for constituency project within this week the impeachment notice,which was allegedly thrown into the private residence of Ebebi as having been served him, would not be carried out.â€ When contacted, Mr.Nathan Egba, the Acting Commissioner For Information, told P.M.NEWS this morning that â€œnobody needs to induce the lawmakers to sign impeachment notice against the Deputy Governor. Government does not have that kind of money. Second, itâ€™s a well known fact that the two men canâ€™t work together again and the Governor canâ€™t leave for the Deputy.â€