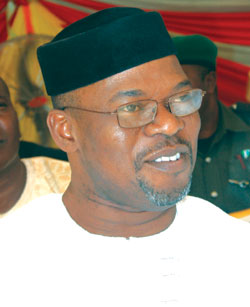 The Ekiti State chapter of the Nigeria Union of Local Government Employees (NULGE), has raised the alarm that the recent outstanding and May salaries approved for its members have been trapped in a first generation bank.

The president, Mr. Ayo Afolalu, who disclosed this to journalists in Ado-Ekiti, said the state government had paid the money as promised, but that the bank to which it was deposited for onward disbursement to banks in which workers had their various accounts, was believed to be holding on to the money for no known reason.

Afolalu expressed disappointment at how the management of the bank had refused to disburse the salaries, despite that it had been paid by the Local Government Service Commission (LGSC), since over 10 days.

This, he said, had exposed the workers to untold hardship.