I Didnâ€™t Have Sex With Muma Gee â€” Emeka Ike 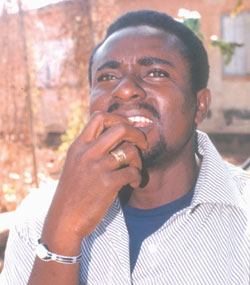 The winner of the Gulder Ultimate Search, GUS, Celebrity Showdown and star actor Emeka Ike has said that he did not have sex with Gift Nyame otherwise known as Mumma Gee in the jungle.

Speaking with P.M.NEWS in an exclusive chat, Ike said that the relationship between him and Mumma is simply platonic. â€œWe decided to act a script in the jungle, My wife and Mumma Geeâ€™s boyfriend were aware of the script we played in theÂ  jungle. We never had sex,â€ he said.

The actor also told P.M.NEWS that Muma Geeâ€™s boyfriend was aware of the script he and the musician played in the jungle.

Ike told P.M.NEWS that, the singer is his friend and that the two families laughed over the alleged romance in the jungle.