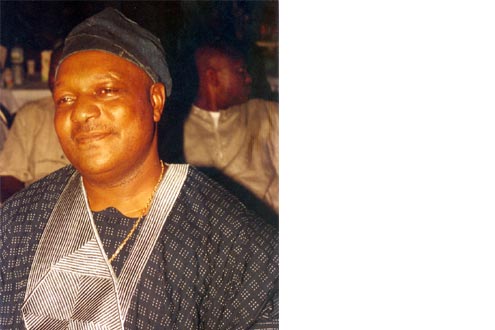 Justice Adebukola Banjoko of High Court of the Federal Capital Territory , on Friday, June 11, 2010, turned down attempts by the erstwhile governor of Taraba State, Rev. Jolly Nyame to stop the Economic and Financial Crimes Commission, EFCC, from filing additional proof of evidence and list of witnesses against him.

Banjoko, while granting EFCCâ€™s application brought by its counsel, Rotimi Jacobs, noted that; â€œThere is a value that is placed on materials brought to the court to help in proper dispensation of justice which cannot just be dismissed especially in criminal cases such as this. Let no impression be created that prosecution does not have the right to do so,â€ Banjoko said.

The application was coming on the heel of a preliminary objection brought by the defence counsel, Lateef Fagbemi which was later withdrawn.

EFCC had on Wednesday, June 9, 2010, filed a 71 page additional proofs of evidence against the former governor over his on-going trial in a case of N180 billion scam preferred against him in 2007.

It also filed before the court an additional list of witnesses who have volunteered information that would be useful in the prosecution of the case. Some of the witnesses include bank and serving government officials.

At the resumed hearing of the case on Friday June 10, 2010, Lateef Fagbemi, who had earlier objected to the filing of additional proof of evidence urged the court to warn the prosecution against such application in future.

In his response, prosecution counsel, Rotimi Jacobs told the court that the EFCCâ€™s action of filing additional proofs of evidence was within the ambit of the law. â€œWe are not limited by law to file additional proofsâ€, he said.

Nyame who is being tried on allegations of stealing, criminal breach of trust, diversion of public funds, bribery and misappropriation of funds amounting to N180 million belonging to Taraba State government is facing a 41 count charge for fraudulent award of contracts and receiving gratifications.

However, Nyame proceeded to the Appeal Court which equally dismissed the application on February 24, 2010.Â  He further went to the Supreme Court to seek for the same relief. Upholding the ruling of the lower court, the Apex Court in its ruling read by Justice Olufunlola Oyelola Adekeye, ruled that the FCT High Court has jurisdiction to try Nyame.

The Apex court specifically held that there was a foundation upon which the Abuja High Court can go on with the trial. â€œOn this score, we have before us two concurrent findings of the two lower courts that the charge before the FCT High Court, Abuja is competently before the court and the criminal charge can now proceed to hearing. This court has no cause to interfere with the two decisions. Appeal is dismissed for lacking in merit.â€

With the matter now before her lordship, Justice Banjoko warned counsel to both parties that she would not entertain frivolous applications or unnecessary delay as she was willing to see the case to the end. She has adjourned the case to 22nd June, 2010, for hearing.