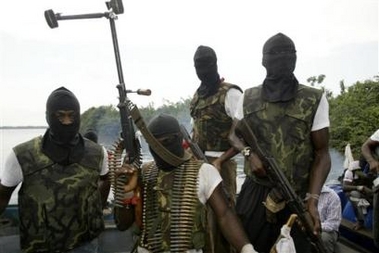 The Movement for the Emancipation of the Niger Delta (MEND)has denied abducting two Russian sailors but knows the gang holding the foreigners but would not intervene.

An online e-mail sent to P.M.NEWS in Port Harcourt and endorsed by its spokesman,Jomo Gbomo, said: “The Movement for the Emancipation of the Niger Delta, MEND, categorically denies reports circulating in some local and international media that the two Russian sailors, Captain Boris Tersintsev and Chief Engineer Igor Shumik abducted on May 16, 2010 in the Cameroon port city of Douala are being held hostage by the group for a $1.5 million ransom.

“MEND is aware of the pirate gang holding the two men and their current location but will not intervene. We can only prevail on the gang not to harm them in any way.”

The group declined to give the location where the gang holding the hostages could be found.