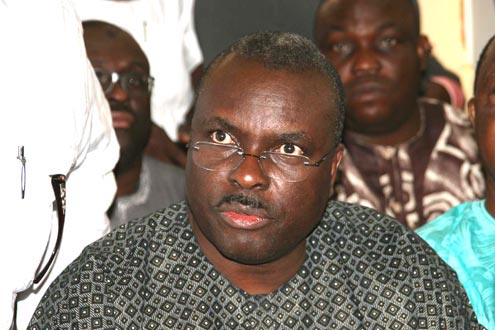 The United Arab Emirates (UAE) has stalled the extradition of former Delta State governor, James Ibori to the United Kingdom for trial over money laundering charges.

However, efforts to extradite him have not yielded any meaningful result following the reluctance of UAE to release him.

A highly placed source at the EFCC confirmed to P.M.NEWS this morning that the process of extraditing Ibori has been very slow, adding that â€œwe are still at consultation level with the UAE authorities.â€

However, EFCCâ€™s efforts may end in futility as Nigeria does not have extradition treaty with the oil-rich UAE. The Commission will only have to rely on the efforts of UK to extradite Ibori.

Sources said the UAE officials are reluctant to extradite Ibori because they feel it would hurt their business interests and send wrong signals to investors that they could also be handed over whenever they are on the wrong side of the law in their countries.

Ibori, who was arrested on 13 May 2010 in Dubai, is said to have substantial investments in real estate in the UAE and the quest for his extradition by the UK, is said to have also put the UAE in a dilemma.

He escaped arrest in Nigeria where he was wanted over money laundering and was arrested by the INTERPOL in Dubai.

The former governor is also wanted in the United Kingdom where he allegedly used his associates to lodge Â£70 million in various bank accounts.

Two of the three associates he allegedly used to transfer the money were jailed 5 years each last week by the Southwark Crown Court in UK. They are his sister, Christine Ibori-Ibie and his mistress, Udoamaka Okoronkwo.

The third associate, Adebimpe Pogoson, was acquitted by the court. Their trial started in September last year.