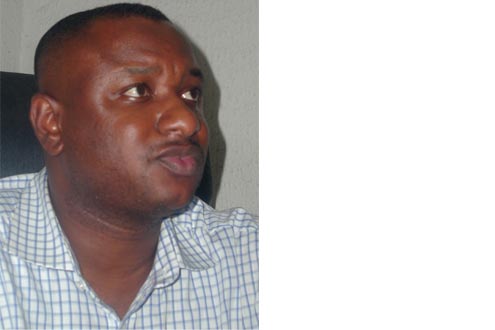 Lagos Lawyer, Mr. Festus Keyamo has slammed the Lagos State Police Command for framing up a suspect, Omotayo Mobolaji-Johnson over an alleged attempted kidnap of the son of a bank chief.

Omotayo Mobolaji-Johnson, a 36 year old staff of chevron Nigeria Plc was on Tuesday last week paraded by the Lagos State Police Command alongside two Niger Delta militants on allegation of attempting to kidnap the son of an undisclosed bank chief.

Many who read the widely published purported breakthrough by the Lagos police, wondered why Omotayo who earns an enviable N1.2 million monthly salary will descend to the level of committing such an inglorious act.

The policeâ€™s claims over the story appears to be in greatÂ  doubt as Keyamo has said thatÂ  all that the Commissioner of Police in Lagos State, Mr. Marvel Akpoyibo said about Johnson was a cooked up story as he never at any time connived with anyone to carry out any kidnap.

While condemning the manner Johnson was paraded as a criminal when he is just a suspect of a fictitious crime, Keyamo said the story narrated by Mr. Akpoyibo and the two Niger Delta militants were all lies.

According to Keyamo, the facts of the alleged conspiracy to kidnap are that Johnson borrowed N3 million from a lady called Anita who resides in Port Harcourt, Rivers State, with a promise to pay back at the earliest possible time but was unable to pay back as planned.

He said that Ebike and Anighboro who now claim to be his accomplices, had severally come to his house to harass him on the claim that Anita instructed them to collect the money on her behalf from him.

Further narrating, Keyamo said: â€œwhen the harassment became too much, he decided to sell his land located along Lagos-Ibadan Expressway. He asked the two men to help him gets buyer so as to hasten the payment of the debt to them. It was in the course of trying to sell the land that police suddenly surfaced and arrested him with the story that he was planning to kidnap a bank chiefâ€™s son.â€

He has vowed to take the police to court over the matter.

While was being paraded last week, Omotayo, who was arrested with two Niger Delta accomplices Tommy Ebike and Edward Anigboro, refused to speak to the press concerning the allegation. He simply confirmed that he was 36 years and a Chevron staff.

His refusal to speak made the allegations by the police seem true as most national dailies reported only the account of the police on the matter.

Police told the press that Omotayo was intercepted with his two-man gang members just when they were about to perfect their plan to kidnap the bank chiefâ€™s son.

According to the Commissioner of Police, Lagos State, who gave account of the incident, police investigation indicated that Johnsonâ€™s wife worked in another company owned by the father of the targeted victim.

â€œJohnson was working with the aid of a female accomplice, one Anita, who is now at large. He recruited two suspects from the Niger Delta, Tommy Ebike and Edward Anigboro, to carry out the actual kidnap. The men were promised N10m,â€ Akpoyibo said.

To perfect their plan, the commissioner further explained that the suspects held several meetings at different locations in Lagos, including Hunters Restaurant, Ikeja, and Million Dollar Hotel, Gbagada.

â€œIn the course of the meeting, Johnson paid out the total sum of N250, 000 to the recruited suspects for operational and contingency expenses,â€ he said.