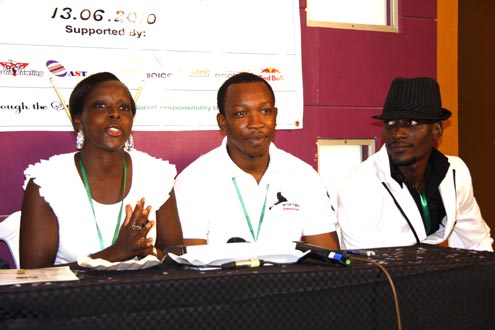 The Lagos State Pool Association, LASPA, has been introduced into Lagos sporting arena after the cue sport was unveiled at the Letâ€™s Go Bowling of Shoprite, Lekki at the weekend.

Olushola Mogaji, who is the chairman of the association, which was registered with Lagos State Sports Council in February 2010, said the sport is aimed at inspiring the youths to play important roles in schools, communities and the nation.

Mogaji said Lagos, being the Centre of Excellence, has over the years produced some of the best sporting talents in the country, adding that the association would redouble its efforts in bringing World Pool Championships to Lagos State very soon.

â€œThe sport, which was founded by Rolatirade, a trade mark of Mogal Concept Service Limited, would serve as a platform to establish a responsible environment conducive for maintaining and developing youths in th state, Mogaji assured.

She said the association would continue to work with well meaning Nigerians to achieve its target objective.

She stressed that the association plans to gather over 3,000 youths anually for an experience of a lifetime as it intends to use the sport as a tool to drive and empower the youths of the country.

She described Pool as a cue sport which entails using sticks called cue to pocket balls of different colours into six holes on the sides and corners of aÂ  table.Â  According to her, all arrangements have been concluded to stage the annual All Lagos State Youths 8 Ball Pool competition where a brand new Picanto carÂ  and a cash prize of N200,000 awaits the winner.