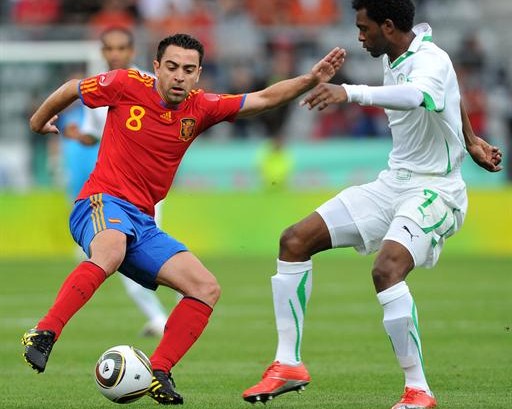 As the last of the opening matches takes place Wednesday all eyes will be on European champions all-star Spain, who so many would love to see win this World Cup. They take on Switzerland in the second of three matches. Also in Group H is today’s opener Honduras Chile while tonight hosts South Africa launch the second leg of the round robin games against Uruguay.Honduras v Chile: Band of brothersWilson, Johnny and Jerry Palacios could all feature for Honduras against Chile in Wednesday’s opening tie at Nelspruit.

Chile for their part will try and put an end to a 48-year winless World Cup run. This is a young, hungry Chilean outfit which qualified second in South America.Meticulous Argentine coach Marcelo Bielsa, whose El Loco nickname hardly does him justice, favours a 3-3-1-3 system with his team swarming about the field like bees, giving rivals little time to settle.

Honduras, making a second appearance after two draws and a 1-0 loss in Spain 28 years ago, have a squad containing 14 local semi-professionals, who may be prone to lapses of concentration.Spain v Swizerland: A rare combination of talentEuropean champions Spain make their World Cup bow against Switzerland in Durban on Wednesday with star midfielder Cesc Fabregas saying they were “hungry for the title”.

Switzerland, who reached the last 16 in 2006 and is coached by former Bayern Munich boss Ottmar Hitzfeld, features a healthy blend of youth and experience, combining talented youngsters Eren Derdiyok, Tranquillo Barnetta and goalkeeper Diego Benaglio with seasoned campaigners like skipper Alexander Frei and Congo-born striker Blaise N’Kufo. They say they have nothing to lose.

Spain boast top-drawer goalkeeper Iker Casillas, midfield magicians Xavi and Andres Iniesta and lethal strikers David Villa and Fernando Torres, the kind of quality that emerges only once in a generation.

South Africans v Uruguay: Uprising anniversary.
On the anniversary of the Soweto uprising that galvanized the fight for freedom by black S

outh Africans, the World Cup hosts will try to capture an emotional and much-needed triumph.

South Africa face Uruguay with both teams level with Mexico and France in Group A after a pair of opening draws that have left two spots in the second round up for grabs.Trying to avoid becoming the first host nation to fail to advance from the group stage, star player Steven Pienaar says the Bafana Bafana want a win tonight before taking on France in their last game.

Uruguay striker Diego Forlan, an Atletico Madrid standout, will provide a great test to South Africa’s defence which was all at sea at time in the opening match.

Honduras’ Wilson Palacios (R) fights for the ball with Belarus Sergey Kislyak (L) during their friendly football match between their teams in the local stadium of Villach, on May 27, 2010 prior to the FIFA World Cup 2010 hosted by SouthAfrica between June 11 and July 11. The match ended 2-2.