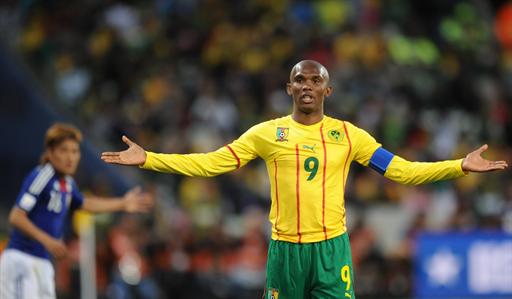 Cameroon captain Samuel Eto’o has warned he and under-fire coach Paul Le Guen will be held to account if the African giants suffer a World Cup meltdown after their opening day 1-0 defeat to Japan.”At the end of the World Cup, Paul must answer to the officials. And me, as a player and captain, I must do the same,” he said.I played where the coach wanted. I gave it everything and I tried to put my teammates in good positions to do their job.”I am the best scorer in the history of the Cameroon national team because I play in a certain position. But if the coach says ‘Samuel, you can help the team in this position,’ then I believe it’s something I must do.”